Finnish penitentiary authorities are alarmed by the rising numbers of supporters of radical Islam among the country's convicts. Whereas the percentage of extremists peak amongst newcomers, there is a growing number of Finnish citizens who have become radicalized "on home turf."

© Flickr / Jorge Láscar
Finnish Muslims Radicalize on Their Own - Without Daesh Recruiters
Dozens of radically-minded Islamists have been identified among inmates who currently serve sentences in Finnish prisons. Additionally, radical Islam was found to be propagated among Finnish convicts. The Finnish authorities are all the more concerned by this unpleasant disclosure given the fact that perpetrators in the recent wave of terrorist attacks in European cities did not remain unfamiliar with the European prison system.

Even if the number of active Islamist extremists in Finland has so far remained relatively modest, warning bells are ringing for Finnish prison officials, as some prisoners openly celebrated terrorist attacks in Europe, Finnish national broadcaster Yle reported.

In Finnish prisons, preventive measures are carried out to identify supporters of radical Islam, as well as people adhering to extreme right-wing and left-wing views. According to prison officials, though, ultra-right activists, are, for example, much easier to spot and trace than the Islamists, because the authorities already know their ways.

Furthermore, a survey performed by a prison in the Finnish city of Vantaa found that radical Islam is not associated with any particular nationality, which impedes prevention efforts. All the hitherto identified extremists have in common is sex: all of them are men. The majority of them have an immigrant background, but some were found to have converted to Islam in Finland. 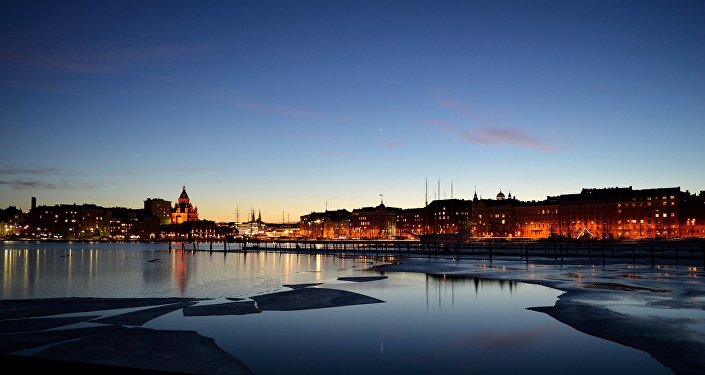 © Photo : Pixabay
Bahrain-Funded Mosque in Helsinki to Spur Friction Among Finnish Muslims
According to Vantaa Prison Deputy Director Jaakko Jokinen, prison officials reportedly detected prisoners' contacts with outside Islamist networks, of which the authorities have been informed. Additionally, the authorities are concerned over prisoners of immigrant background merging with Finnish organized crime, in particular international smuggling networks that deal in drugs to support terrorism.

Since the proportion of Muslims in Finnish prisons has risen in recent years, cooperation with local Imams may become crucial for guaranteeing inmates' right to practice their religion, while at the same time reinstating moderate beliefs and combatting extremism, Jokinen argued.

In August 2016, Vantaa prison launched a project to prevent radicalization and violent extremism that is expected to run until the summer of 2017. The exact extent of the project has not been revealed for safety reasons. In the project, Finnish prison authorities are working together with customs, police, border guards and immigration authorities to identify individuals at risk among prisoners and target them with appropriate measures at the right time. At present, Vantaa Prison has about 250 inmates, of whom about half are of foreign origin and represent 15 different nationalities.