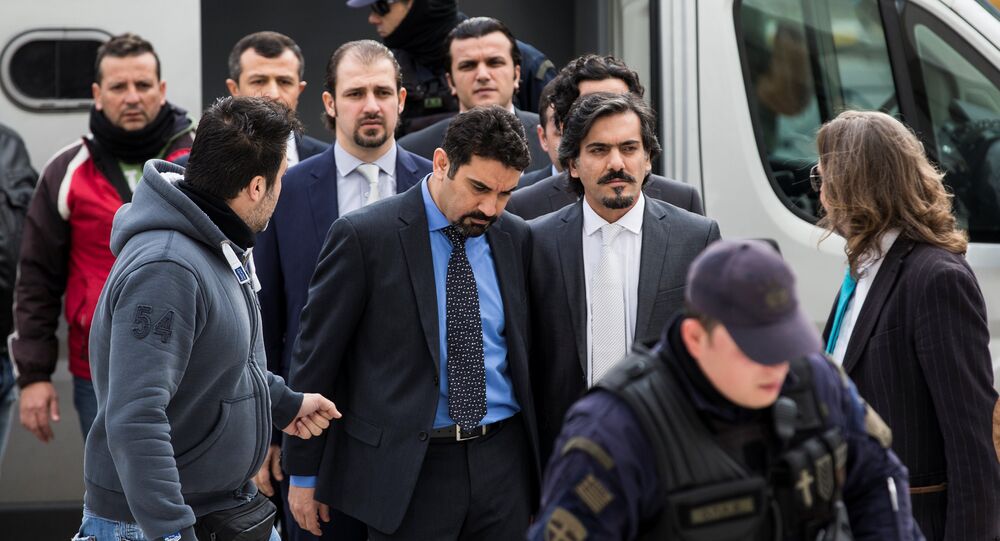 Ankara will take a number of steps, including withdrawal from the bilateral treaty with Greece on readmission of undocumented migrants, after the decision of the Greek Supreme Court not to extradite Turkish servicemen who had fled to Greece after the coup attempt in Turkey, Turkish Foreign Minister Mevlut Cavusoglu said Friday.

ANKARA (Sputnik) — On Thursday, the court ruled against the extradition, saying that eight soldiers, who had flown to Greece by helicopter on July 16 after a thwarted coup and asked for political asylum, cannot expect a fair trial in Turkey. According to the court ruling, the Turkish servicemen are being released from custody and have permission to travel freely within the Greek borders.

"We will take all the necessary steps, including the cancellation of a bilateral treaty with Greece on readmission," Cavusoglu said, as quoted by the TRT Haber media outlet.

© AP Photo / Yorgos Karahalis
Over 100 Migrants Arrived on Greek Islands in Aegaen Sea From Turkey Sunday
The decision of the Greek court has been criticized by Turkish authorities, including the country's Foreign Ministry, and earlier in the day, Ankara has already sent a second extradition request regarding the group of fugitives.

The bilateral agreement on readmission between the two Mediterranean countries has been in force since 2002. The agreement regulates the relations between Ankara and Athens in the issue of undocumented migration, which is represented mostly by the flows from the Turkish territory to Greece.