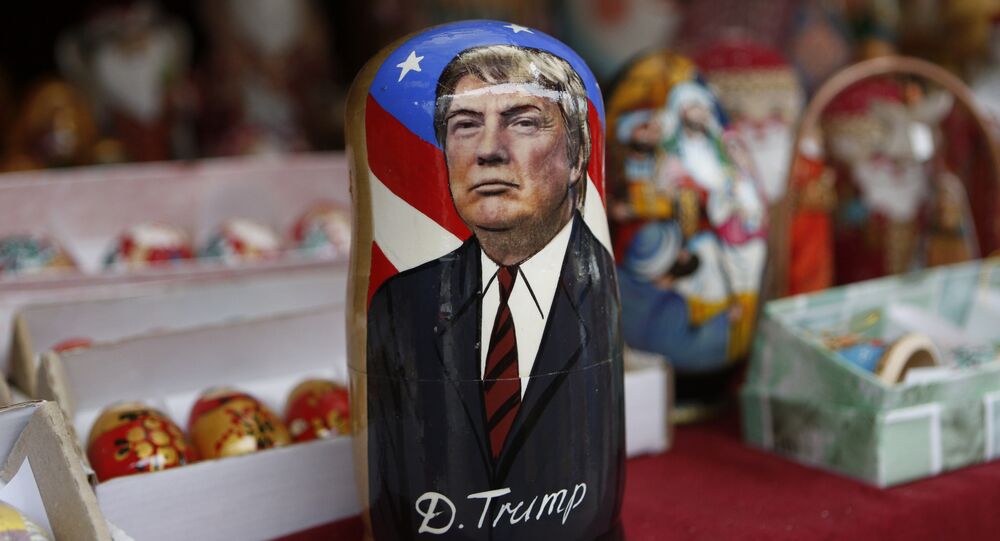 A team of NATO experts is in Kiev for consultations on Ukraine’s participation in the Alliance forces’ planning and assessment. Sputnik asked Oskar Krejčí, a professor of international public relations in Prague, about Ukraine’s chances of joining the Western defense alliance.

© Sputnik / Maksim Blinov
Ukraine a NATO Member-State? Don't Hold Your Breath
“This would take a political decision by the United States, but I don’t think the Trump Administration is ready to speed up the process [of Ukraine’s admission]. All they can do now is discuss compatibility of their military systems. The US and some of its NATO allies have a great surplus of outdated weapons, which they would like to offload to Ukraine,” professor Krejčí noted.

He said that it was up to the military-industrial complex to decide, adding that any moves to bring Ukraine into NATO would inevitably undermine European security and also the efforts to end the armed conflict in Donbass.

When asked to comment on media reports about NATO not planning to take in Ukraine any time soon, Professor Krejčí  said that in his inaugural speech US President Donald Trump named the war on Daesh as his main priority.

"[To defeat Daesh, Trump will need powerful allies and I don’t think he will want to antagonize Russia by facilitating Ukraine admission to NATO. My personal opinion is that within the next five to ten years Kiev should not expect any political decision to this effect by Washington.”

“NATO is a holdover of the Cold War. What Europe needs now is a global security architecture, and Ukraine’s inclusion in the alliance would seriously undermine European security!” Oskar Kreici warned.

Meanwhile, NATO is in no hurry to take in Ukraine, which faces serious economic problems and desperately needs political reforms.

When asked by Sputnik whether NATO, described by Trump as “obsolete,” was going to reverse its anti-Russian course and focus on fighting terrorism alongside Russia, Italian journalist and military expert Mirko Molteni said that, judging from its own statements, Brussels does not believe that Ukraine is 100 percent ready to join in.

“There are several reasons for this: the military aspect and also Ukraine’s economic and military instability. The country’s finances are a mess. On the one hand, it depends much on IMF loans, while on the other it needs to repay $3 billion in bonds due to Russia,” Molteni told Sputnik Italy.

He added that Ukraine’s admission to NATO would create additional tensions with Russia, which is something the Trump Administration will try to avoid.

“NATO is distancing itself from Ukraine and I think this is the result of the new US Administration’s changing attitude,” Marko Molteni observed.

He said that he shared Trump’s description of NATO as an “obsolete” organization in the face of the threat posed by Daesh.

“Still, General James Mattis, Trump’s new Defense Secretary, has assured NATO’s chief Stoltenberg that the Alliance will stay on. The idea is that NATO per se remains useful but it has to rethink its objectives.  No one wants the tensions that existed in Europe before 1991, but NATO needs to reconsider its priorities and start working with Russia to stabilize the situation in the Mediterranean, North Africa, everywhere.”

© Photo : Ministry of Defence of Ukraine
Obama's Parting Gift to Kiev? NATO 'Strategic Advisors' Set Up Shop in Ukraine
When asked about the strategy President Trump is going to adopt, Marko Molteni said that he would focus his attention on the geopolitical gaps the Obama Administration failed to fill during the crisis that has been unfolding in the Islamic world.

“The campaign conducted by the previous US administration against Daesh was haphazard and useless. After the 2011 campaign against Gaddafi, Libya was left unattended with only a handful of  bombing raids that did nothing to chan ge the situation there. The Trump Administration will try to fill these gaps because otherwise it will be done by Russia whose aircraft carrier is now in Benghazi and has already been visited by [Eastern Libyan military commander] General Khalifa Haftar.”

When asked if NATO’s changing priorities could result in its focusing more on ensuring security in Europe, Marko Molteni said that it certainly could.

“First, within the next few months they could lift the anti-Russian sanctions and resume trade relations with Moscow. It is imperative for the Western European countries to convince Poland and the Baltic states that Russia is not a threat,” Molteni emphasized.

In December 2014, Ukraine suspended its non-aligned status and confirmed its intention to join NATO.

In September 2015, President Petro Poroshenko signed a military doctrine, stipulating the need for the country's armed forces to match NATO standards by 2020.

Experts still believe that within the next 20 years Ukraine will hardly be able to join the Western defense alliance.

© AP Photo / Sergei Chuzavkov
Ukraine's Civil War Threatens to Expand to Directly Involve NATO, Russia
Among the many hurdles blocking Ukraine’s aspired NATO membership is a provision preventing the inclusion of countries, which have territorial disputes with other countries. Ukraine claims ownership of Crimea, which rejoined Russia in March 2014.