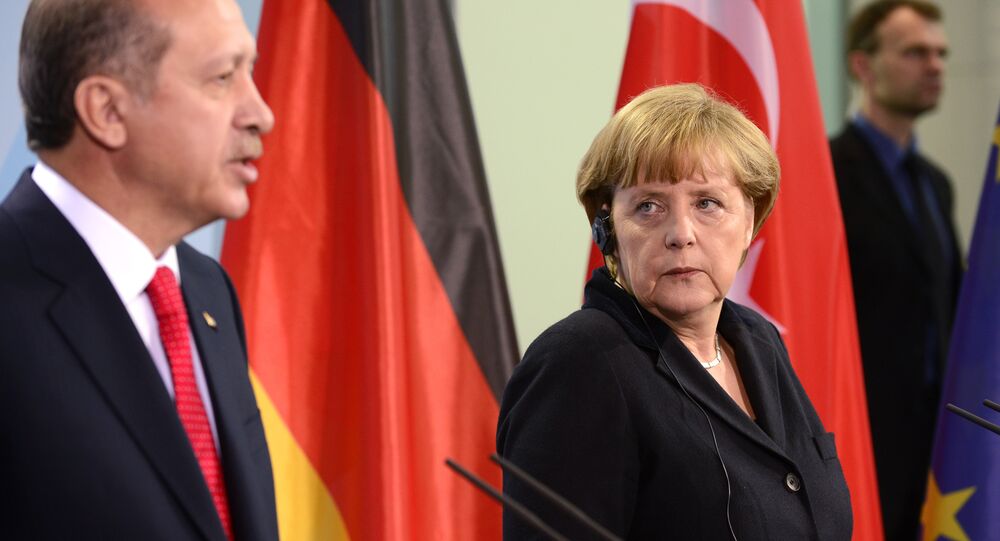 Relations between Germany and Turkey have hit a new low after the German authorities withdrew legal cooperation when it emerged that a group of imams had been spying on teachers and passing on names of alleged supporters of exiled Turkish cleric Fethullah Gulen to Turkish officials.

Gulen is considered a state enemy in Turkey, following allegations that the exiled preacher was behind the failed coup, July 2016, against Turkish President, Recep Tayyip Erdogan. The Turkish leader has clamped down on Gulen's followers both at home and abroad.

The latest allegations concern reports that the German Office for the Protection of the Constitution in North Rhine-Westphalia found that imams at the Turkish-Islamic Union for Religious Affairs (DITIB) had passed on the names of some 28 alleged supporters of exiled Turkish cleric Fethullah Gulen to Turkish officials at their consulates in Cologne, Düsseldorf and Munich. These included a group of teachers in German state schools, which provide Islamic religious education.

Federal officials, January 24, announced the ending of an agreement brokered in 1974 between Germany and Turkey to mutual assistance on criminal matters. It followed allegations that Erdogan's government was using the pact to pursue Gulen followers in Germany.

The latest row follows on from the spat over the front cover of respected German magazine Der Spiegel, showing Erdogan wearing sunglasses reflecting two minarets as rockets taking off from a mosque and describing him in an article as a "Dictator".

Erdogan demanded that Böhmermann be prosecuted, which German Chancellor Angela Merkel has allowed, under a little known German law, although, no prosecution — in the end — followed.

On top of that, Turkey banned German lawmakers from visiting Incirlik Air Base, in southern Turkey, used by the German military in response to a German parliamentary resolution declaring the 1915 massacre of Armenians by Ottoman forces "genocide", which Turkey denies.

© AFP 2021 / STR
A military aircraft is pictured on the runway at Incirlik Air Base, in the outskirts of the city of Adana, southeastern Turkey

The latest deterioration in relations between Ankara and Berlin will put further strain on the controversial EU-Turkey migrant deal Merkel brokered in an effort to stem the flow of migrants entering into Europe via Turkey.