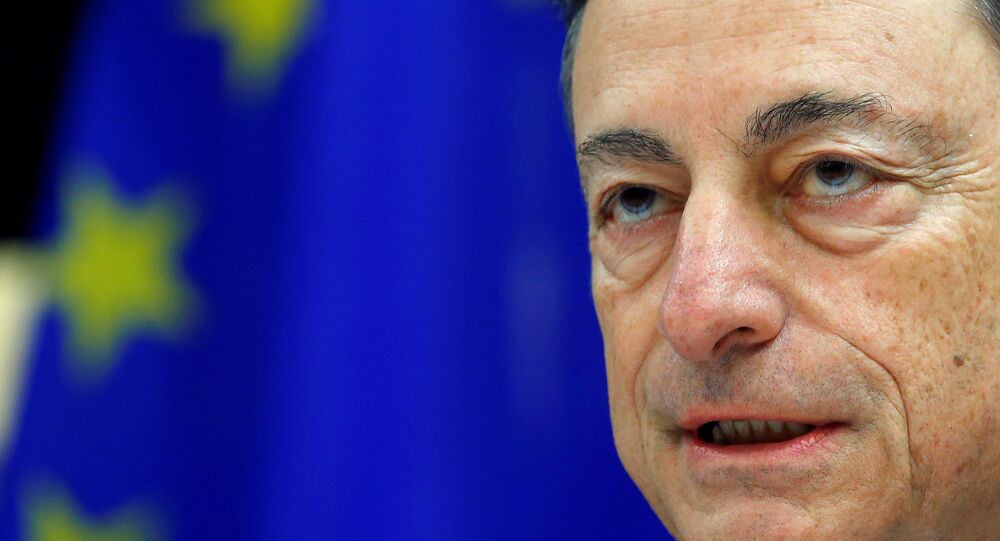 The EU ombudsman has launched an investigation into the close relationship between the top brass at the European Central Bank (ECB) - including its boss Mario Draghi - and a group of bankers, amid claims that ECB staff are much too close to representatives of the banks they are meant to supervise.

The European Central Bank — whose President is Mario Draghi, the ex-Goldman Sachs employee and former Governor of the Bank of Italy — has the task of maintaining confidence in the Eurozone single currency area, as well as banking supervision.

Campaign group Corporate Europe Observatory (CEO) has alleged that Draghi and top level officials have enjoyed too close a relationship with the Group of Thirty (G30), a think tank on international economic and financial issues.

ECB boss Draghi & top-level staff are at the heart of a new @EUombudsman inquiry — too close to corporate bankers?https://t.co/Cxt0ksL5wL pic.twitter.com/SuqOCHxd4x

CEO say they have exposed a "severe lack of critical distance" between the ECB's decision-making bodies and corporate bankers in the G30. As Europe's central bank is tasked with regulating the financial sector and supervising other central banks in the Eurozone, any perceived or actual conflicts of interests pose a great risk to the ECB's integrity.

At the center of the complaint to the EU Ombudsman is ECB President Mario Draghi, who is a full member of the G30, but other members of the governing bodies have also contributed to the group, including ECB Supervisory Board member Julie Dickson.

"We've been following this case for five years now. Mario Draghi is a member of a 'club' — you could say — which is, more-or-less, run by the biggest banks in the world. Particularly in the context that the ECB is the chief supervisor of the biggest banks and we find this problematic," CEO's financial policy researcher Kenneth Haar told Sputnik.

"It's quite ironic that one of the arguments that's been used in the discussions over the banking union [an EU initiative aimed at creating a safer and sounder financial sector for the single market] is that there was a too-cosy relationship between national supervisors and national banks. And now we see a very cosy relationship between the top brass of the SCB and the biggest banks," he told Sputnik.

Inquiry opened into @ECB involvement with the 'Group of 30' https://t.co/ytOqP6RZ4N

​"We don't know if there is anything illegal going on because there is no transparency around the participation of the ECB and the G30," Haar added.

The CEO filed a similar complaint against the ECB and G30 with the EU ombudsman in 2012, which found that the complaint about the relationship between the two could not be sustained.

"That was before the ECB took over the role of chief supervisor of the biggest banks. That was in another era. What we've seen since then is the ECB step up its involvement in the G30, which has brought us to the conclusion that we have had to file the complaint again," Haar said.

How Mario Draghi Put A Smile On Bankers' Lips