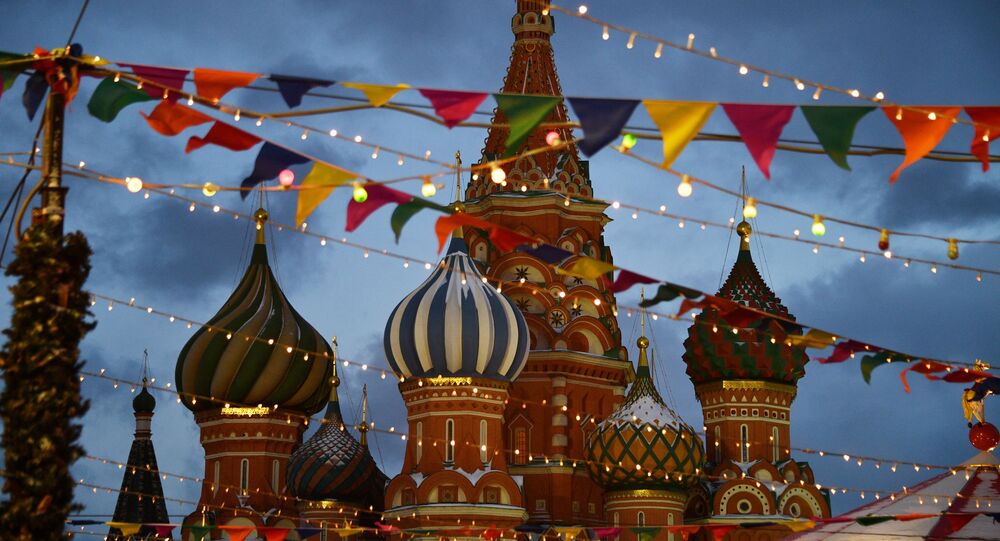 Of late, far-fetched allegations, unfounded fears and downright ludicrous accusations against Russia have pretty much dominated the national security debate in Sweden. According to Finland's new ambassador to Sweden, who previously served in Russia, Swedes need to learn be realistic when it comes to their eastern neighbor.

© Wikipedia / Alexey Danilovich Kivshenko
Swedish History Professor Tries to Knock Some Common Sense Into Russia-Bashers
According to Matti Anttonen, Finland's new ambassador with experience of working in Moscow, Finns have a much calmer attitude towards Russia and Russians, which is something that would not harm the Swedes.

"We happen to have a neighbor that is the way it is, and it is unlikely to change quickly. In Sweden, they probably thought it has changed, first for the better, and now for the worse. We've always had a very realistic approach to relations with Russia, and this is unlikely to ever change," a proud Matti Anttonen told Swedish national broadcaster SVT.

According to Anttonen, the ongoing hot debate about Russia and the possible military threat stemming thereof is the result of Swedes' naïveté.

"Of course, when you believe the world to be different and then open your eyes and realize that it is what is, you feel a little different, too. In Finland, things are much easier, because Russia is not going anywhere, and cooperating with it is better than hoping it will mysteriously disappear somewhere and then becoming afraid when it does not," Anttonen said.

© Flickr / Deutsches Historisches Institut Paris
Dubious Honor: Germany, Ukraine, Sweden Lead the Way in Anti-Russian Media Bias
Ironically, Swedish politicians previously criticized Finland for maintaining "too close relations" with Russians. In the spring of 2016, former Swedish Defense Minister Karin Enström lambasted Finnish President Sauli Niinistö for meeting with his Russian counterpart Vladimir Putin after Crimea's re-unification with Russia, which in Sweden is portrayed as "Russian invasion." In her opinion, that was a "sad signal." Later, this criticism was echoed by Swedish Prime Minister Stefan Löfven, who specifically rang his Finnish counterpart Juha Sipilä to complain of Finnish "support" of Russia.

For Anttonen, it is not a matter of sympathies and antipathies.

"In Finland, Russia is a neighbor that is nearby every day, 24 hours a day, seven days a week and 365 days a year. We've been working closely with Russia, with both parts dealing in investments. Besides, Russia's only high-speed railway to a foreign country runs from St. Petersburg to Helsinki," Matti Anttonen said, highlighting the level of cooperation.

© Flickr / Jori Samonen
Finnish Professor Stuns Scandinavia by Proposing Military Alliance With Russia
According to Anttonen, Sweden is finally showing signs of change and beginning to approach Finland's sober position. At a recent security conference, Prime Minister Stefan Löfven called for a constructive cooperation with Russia to make the most of Sweden's temporary membership in the United Nations Security Council.

"And in many ways this is the exact political line that Finland adhered to at all times," Anttonen said, possibly alluding to Finland's close and mutually beneficial ties with the Soviet Union, which are sometimes referred to as "Finlandization" in a derogatory way.

Matti Anttonen became Finland's ambassador to Sweden in early 2017. Anttonen has a long diplomatic career behind him, including the position of the Finnish ambassador in Moscow in 2008-2012.