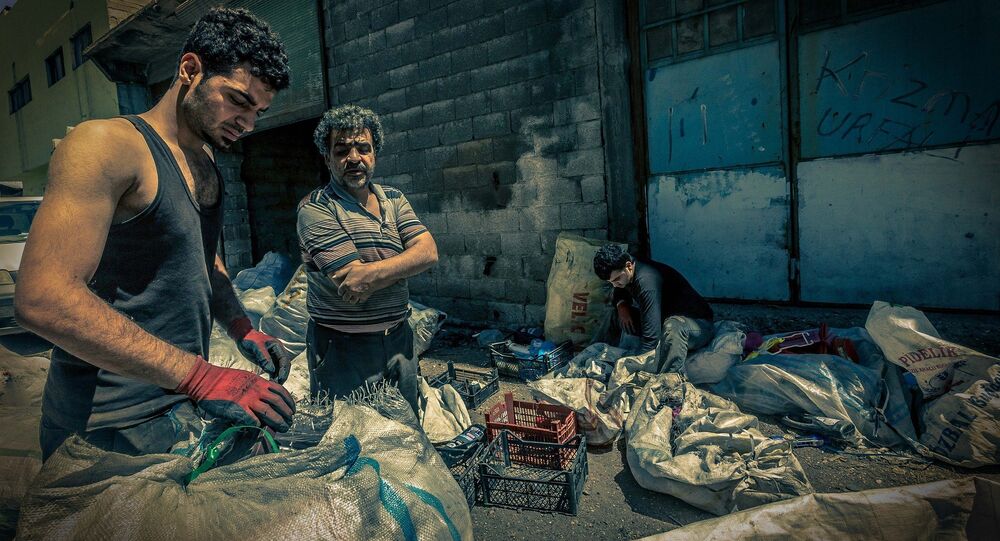 It's emerged factory workers in the UK are being paid less than US$4 an hour to make garments for high street, low budget fashion brands.

Undercover TV reporters discovered slave labor in Leicester, East Midlands, where a worker called Belal admitted that he was being paid US$3.34 an hour to pack and press dresses — that's less than half of the national minimum wage in the UK.

When Belal approached his boss for a pay rise he was told that the UK factory market had to compete with China and Bangladesh, "If we pay everyone US$12 or US$7 then we will make a loss."

Indeed, it was the British government's former Chancellor George Osborne who said that the UK must compete more with countries including China, although little thought was given at the time whether that included staff wages or not.

"The clothes market is highly competitive, with brands trying to undercut each other on cost all the time, and many mainstream consumers will buy purely on price, without questioning why and how a particular garment is so cheap," Rob Harrison, director and co-founder of Ethical Consumer, told Sputnik.

"There's a lot of pricing pressure, and companies try to find a way to meet those challenges. Often, clothes are manufactured in poor countries, such as Bangladesh, where workers are paid virtually nothing per month.

Harrison told Sputnik that companies have a "legal and moral duty to ensure their employees work in safe conditions," regardless of the pressure placed on them on by the global commercial market.

#industrialstrategy — you'll be able to see the global challenges faced by UK business — and impact on workers — in tonight's @c4Dispatches https://t.co/jMxEy0Cyuj

'Not Good at All'

"At best, this could be a case of the companies involved not keeping on top of their supply chains. At worst, they could be consciously turning a blind eye, or sidestepping their obligations. Either way, this isn't good at all," Harrison said.

© Photo : Pixabay
Family 'Devastated' After Man Lived and Died as Modern Slave in London
The UK introduced its Modern Slavery Act in 2015, which included legislation making it a legal requirement for UK businesses with a turnover of more than US$44 million a year to publish their supply chain in an effort to eradicate any aspect of modern slavery within it.

Despite the legislation, examples of modern slavery can be found in almost every corner of Britain, from brothels, nail bars, car washes and restaurants — to clothing factories.

"The UK government has made tackling modern slavery a priority, but is failing to address root causes, such as problems in supply chains," a spokesperson for Labour Behind The Label told Sputnik.

"A lot of manufacturing workshops in Leicester, a hub of the UK garment industry, pay illegally low wages, employing vulnerable people such as migrants, and so putting them in conditions akin to modern slavery."

Labour Behind the Label added that it was "shocking" for people living in Britain to discover that workers in the UK are suffering similar violations of their human rights as those in countries like Bangladesh.

Bangladesh: Fashion or Slavery? When they will be liberated from this slavery?? pic.twitter.com/0yxS5SffSj

…We are investigating this issue and will take appropriate action. #Dispatches (4/4)

Fashion Square Ltd has denied it paid anyone less than minimum wage.