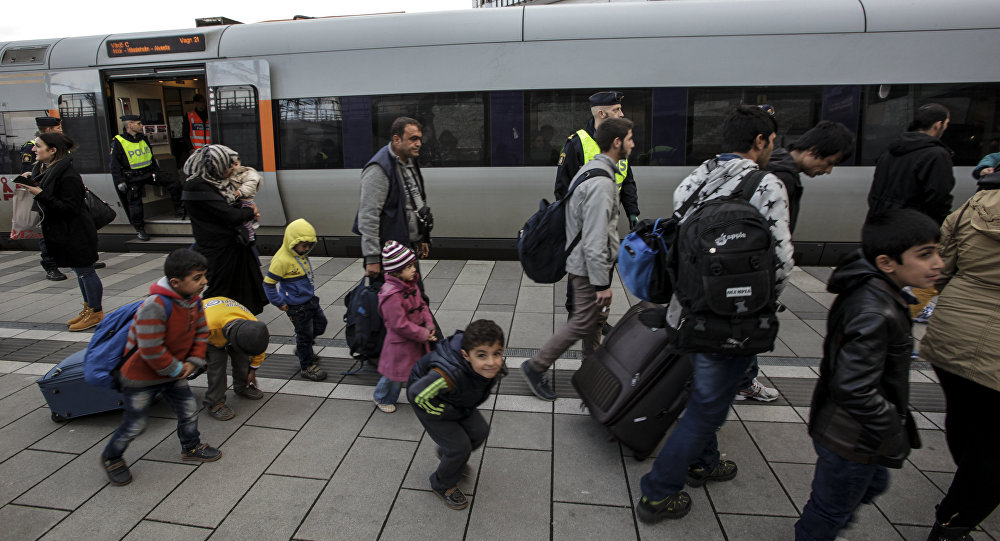 Despite having dour demographics, Sweden's population has been growing at a record pace due to the country's long-term strategy of relying on "importing" new Swedes from abroad. Last Friday, Sweden's population reached a historic ten-million, with the growth rate predicted to accelerate further.

© Flickr / News Oresund
Nordic Facelift: Scandinavian Population Changes Ethnicity
The country's number cruncher Statistics Sweden (SCB) fine-tuned its earlier prognosis according to which the "magic" ten-million mark should have been passed in the autumn of 2016. Instead, the important mark was ultimately passed in late January, when Sweden finally joined the symbolic club.

In an equally symbolic gesture, the Swedish authorities refrained from hand-picking the ten-millionth Swede, arguing that there were equal chances it was a newborn or an immigrant who became naturalized. In recent decades, Sweden opened its gates to accept growing migration trends as a substitute for insufficient birth rates and labor shortages. Of all the 10 million legally registered in Sweden, 82 percent are born in the Nordic country, whereas 18 percent were foreign-born, SCB noted.

"Immigration is much higher today than we calculated just a few years ago. Ten years ago, in 2006, forecasts said we would reach ten million inhabitants only in 2029, but it went much faster," Thomas Johansson of SCB, told Swedish daily Sydsvenskan.

© AFP 2019 / LEIF R JANSSON / SCANPIX SWEDEN
Tables Turned: Emigration From Sweden Eclipses 19th Century Mass Exodus to US
SCB and its predecessors have kept an eye on the Swedish population for nearly three centuries. In 1749, Sweden's population was estimated at only 1.8 million. Historically, it took a while every time the population rose by another million. The increase between eight and nine million took 35 years, whereas the last million-increase only took 13 years, which is the fastest so far. Remarkably, immigration accounted for three quarters of the increase, while birth surplus only accounted for a quarter.

Today, population growth in Sweden is the fourth fastest in the EU. The Swedish population is increasing by an average of one resident every minute, and the increase will continue further, according to SCB.

"By our latest forecasts, we will reach the eleven-million mark in 2024, which will be the fastest population growth in our country's history," Linus Garp of SCB told SVT. 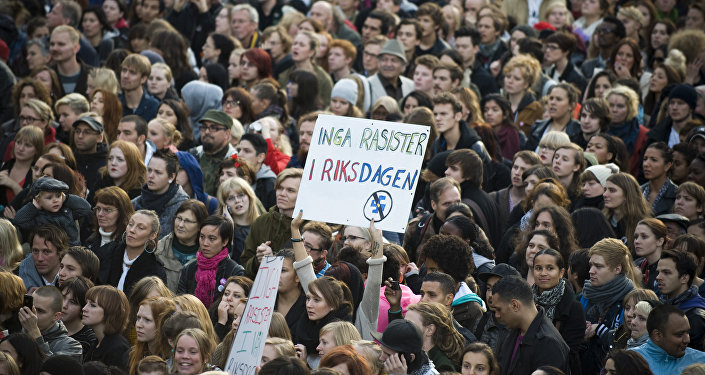 "Sweden's birth rate is simply too low. The home-born population is declining. To continue having the possibility of growing further, labor is needed, and therefore an increased immigration," Johan Bissman of the Swedish Employment Agency told Swedish news outlet The Local.

© AFP 2019 / TT NEWS AGENCY / DRAGO PRVULOVIC
See Not, Speak Not: Sweden Continues to Hide Immigrant Crime Statistics
However, the reality is far grimmer than the rosy expectations. According to January statistics by the Swedish Employment Service, the unemployment rate for foreign-born residents is 22 percent, compared to only 4 percent for the Swedish-born for reason of gaps in education.

"Many [of the newcomers] have neither high school education nor even elementary school. Nearly all existing jobs require high school competence," says Annika Sundén, analysis director at the Employment Service, explained to Swedish daily Svenska Dagbladet.

In 2015, Somalians, Syrians and Afghans were the largest immigrant groups in Sweden, as opposed to Finns in the 1970s.