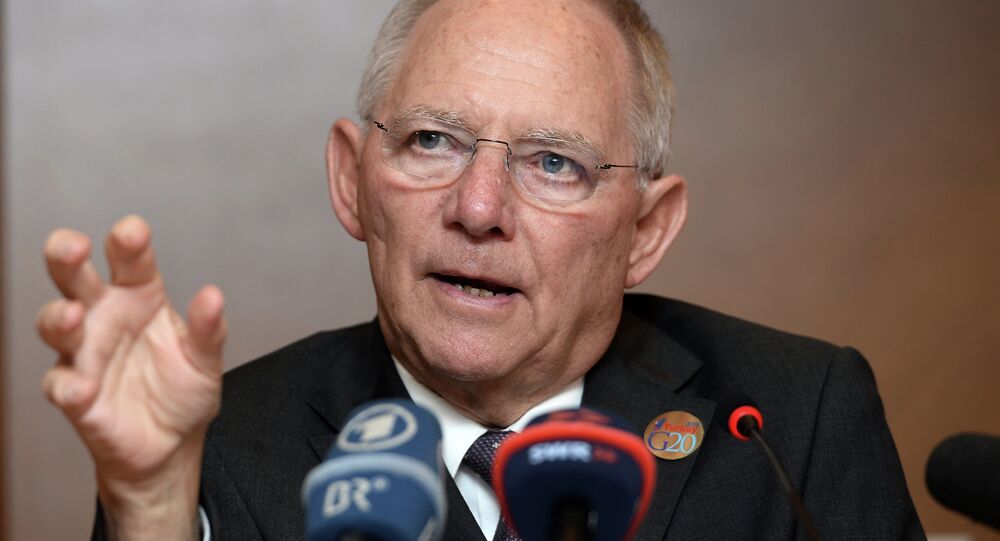 German Finance Minister Wolfgang Schaeuble in an interview with the Swiss Neue Zuercher Zeitung newspaper on Sunday said that London should follow the example of Switzerland concerning the migration policies toward the European Union.

© AFP 2021 / Lex van Lieshout
UK to Pay 'Huge Price' for Prioritizing Migration Control in Brexit - Dutch PM
MOSCOW (Sputnik) — At a referendum held in February 2014, Swiss voters backed introducing quotas on EU migration. The vote jeopardized aspects of the 1999 EU-Switzerland treaty, which gives Switzerland, which is not an EU member state, favorable access to the bloc's markets in exchange for eased entry of the EU workforce to the country.

In December 2016, Swiss lawmakers voted in favor of a bill to give priority to job-seekers among Swiss nationals over applicants from the European Union, but did not impose the quotas on accession of migrants.

Schaeuble called the Swiss approach to the migration issues a smart move that allows both prolific cooperation with the EU and keeping national interests in priority.

"I have told the British to look closely at Switzerland's wise political decision after the adoption of the referendum. The British should follow an example of how smartly Switzerland combines the national sovereignty and close cooperation with the European Union," Schaeuble said, when asked to comment on implementation of UK immigration policy.

UK Prime Minister Theresa May put an independent immigration policy before the European Union’s principle of freedom of people’s movement in a keynote speech on Tuesday. The United Kingdom is currently making efforts to leave the 28-nation bloc after the majority of Britons supported the decision to exit the European Union. The referendum's results contradicted a number of opinion polls' predictions conducted ahead of the vote.

Migrant Inflow to Russia Increased Due to Syrian, Ukrainian Crises