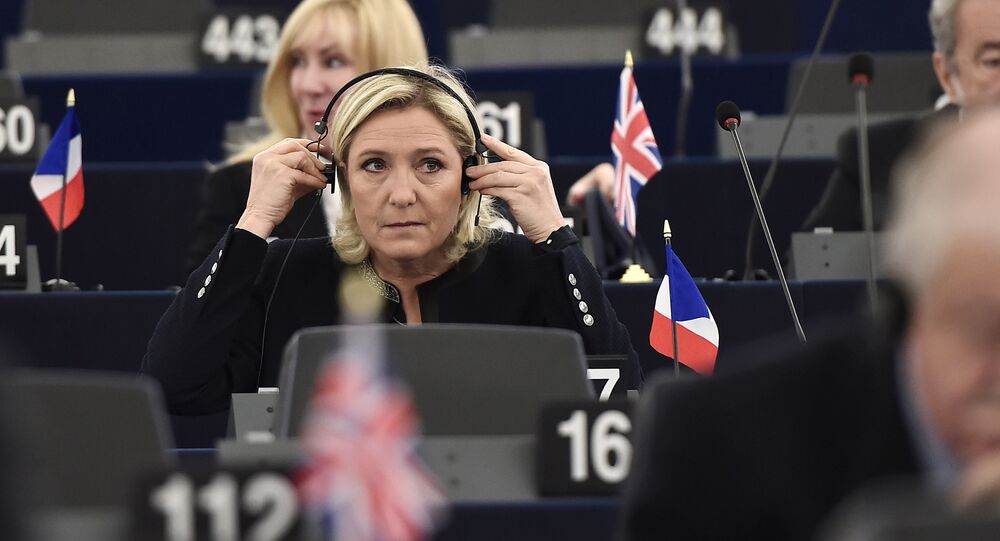 © Flickr / Lesum
Forecast for the Euro is Distinctly Cloudy as Le Pen Offers Return to the Franc
The European Union is a failed project and if Brussels wants France to stay it need to give Paris a series of concessions, Front National leader Marine Le Pen told the German newspaper Bild am Sonntag.

"The European Union is dead, but it still hasn't realized that. It has failed on all fronts: economic (growth is very slow), social (poverty is rising and unemployment is too high) and security (the EU is not able to protect its borders, and can't protect us from Islamist terrorism)," Le Pen said.

"If an experiment fails so miserably, it is finished," she declared.

Le Pen, who is leading in opinion polls about France's upcoming presidential elections, said that if she is elected president, she will demand a range of concessions from Brussels in return for France staying in the bloc.

"I demand from the European Union the return of independence in four areas: (our) borders, currency, economy and legislature, — the Front National leader explained.

"Either the EU agrees to that, and we will arrive at a Europe of the people, or it refuses and then I will say to the French that we should leave the European Union and I will call for a referendum (on membership)," she told the newspaper.

Le Pen also hailed the election of Donald Trump as US President. She said his election signifies "the end of the old world which was ruled by the market, a world in which nations were to be sacrificed to neoliberalism, and disappear. The great return to the nation and the people begins here," she said.

In French regional elections in December 2015, Front National won a 27 percent share of the vote, and the latest opinion polls show that Le Pen is currently the favored candidate for this April's presidential elections.

According to a survey published in the French newspaper Le Monde on Thursday, Le Pen has the support of 25-26 percent of prospective voters, ahead of nearest rival Francois Fillon who commands 23-25 percent.

Following the first round of voting in April two candidates will proceed to the second round on May 7.

Fillon, who was French Prime Minister from 2007-2012, won the presidential nomination of France's The Republicans (formerly called the Union for a Popular Movement) on Sunday.

Current President Francois Hollande, who has record low approval ratings of just four percent, has decided not to contend for a nomination from his Socialist party.

The Socialists cast their ballots in a nationwide presidential primary on Sunday, but amid widespread discontent with the Hollande government, the three leading candidates for the Socialist nomination are predicted to receive just 7-10 percent of the vote in April.