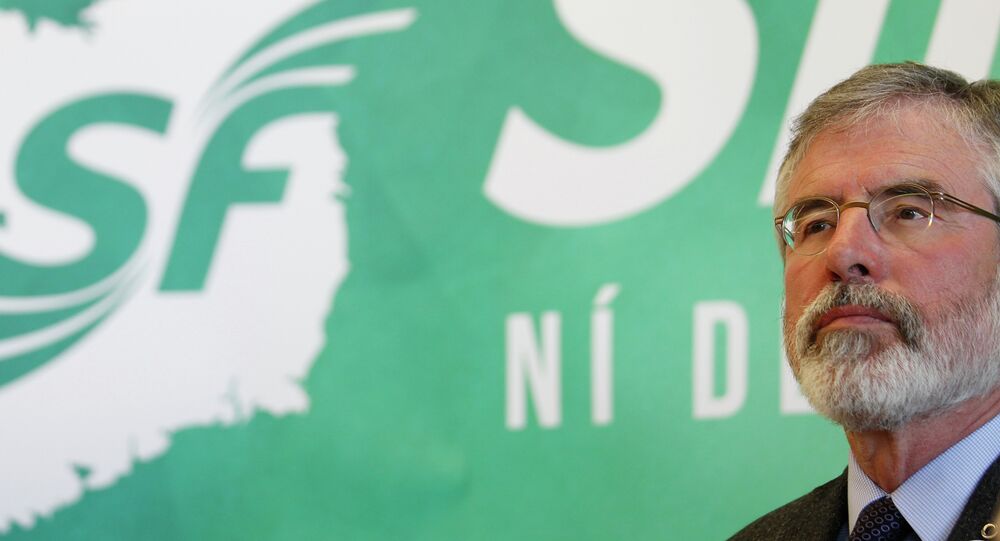 President of Sinn Fein Gerry Adams says pulling Northern Ireland out of the EU along with the rest of the UK will "destroy" the 1998 Good Friday Accords that were instrumental in ending violence in Ireland.

At a conference on a united Ireland in Dublin January 21, Adams said fundamental human rights enshrined in the 1998 deal to end violence could be undermined by dragging Northern Ireland along.

Legal advisers to Ireland's Parliament disagree, according to British media, saying not a word in the agreement will be affected.

"The British government's intention to take the north out of the EU, despite the wish of the people there to remain, is a hostile action. Not just because of the implications of a hard border on this island but also because of its negative impact on the Good Friday agreement," he said.

"The British prime minister repeated her intention to bring an end to the jurisdiction of the European court. Along with her commitment to remove Britain from the European convention on human rights, this stand threatens to undermine the fundamental human rights elements of the Good Friday Agreement."

Northern Ireland voted to remain in the EU by a margin of 56% to 44%, the Independent reports.

UK Prime Minister Theresa May made clearer her plans for the union's departure from the UK earlier this week, saying the UK would leave the EU's single market, its Customs Union and the European Court of Justice.

Adams, who played a key role in the negotiations leading up to the Good Friday Agreement and in bringing Sinn Fein into mainstream politics, said ending the partition between Northern Ireland and the Republic of Ireland had taken on a new significance in light of the Brexit decision, and that Northern Ireland should be given a special designated status within the EU.

"The Irish government needs to adopt this as a strategic objective in its negotiations within the EU 27 as they negotiate with the British prime minister," he stated.

Adams also pointed out that citizens of Northern Ireland, under the Good Friday Agreement, have the right to Irish citizenship and therefore EU citizenship.

Earlier this week, Irish Prime Minister Enda Kenny restated his desire for the "seamless border" between the two entities to be maintained, the BBC reports. The Irish government has agreed that there should be no return to a hard border.