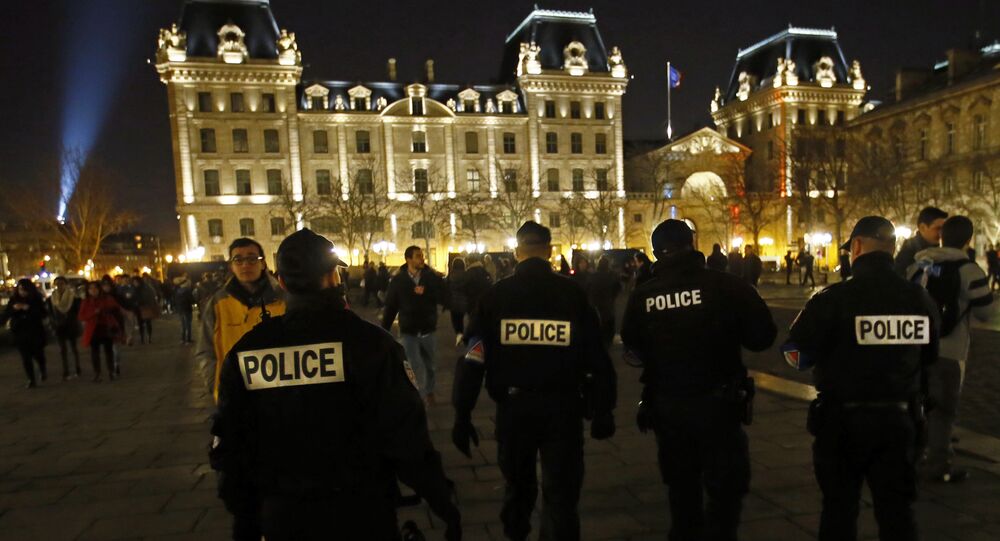 Seven young people, aged 16 to 20, suspected of having been involved in the October 2016 clashes with police in Viry-Chatillon were indicted for attempted murder, Evry prosecutor Eric Lallement has announced.

MOSCOW (Sputnik) – In total, 12 people were arrested this week as part of the case, five of them were released.

"These seven people have been indicted for attempted murder of persons of public authority committed in organized groups," Lallement said in a Friday statement, as quoted by BFMTV.

© REUTERS / Christian Hartmann
French Police Protest Against Own Unions and Government as 'Malaise' Deepens
Of the seven arrested, six reportedly denied any involvement in the violence against police, while one admitted to throwing stones at law enforcement officers.

In October 2016, a fight broke out between a group of youth and police in Viry-Chatillon, a southern suburb of Paris. The young people threw Molotov cocktails and set two police cars on fire. As a result, two police officers were injured, one of them, a 28-year-old, suffered severe burns.