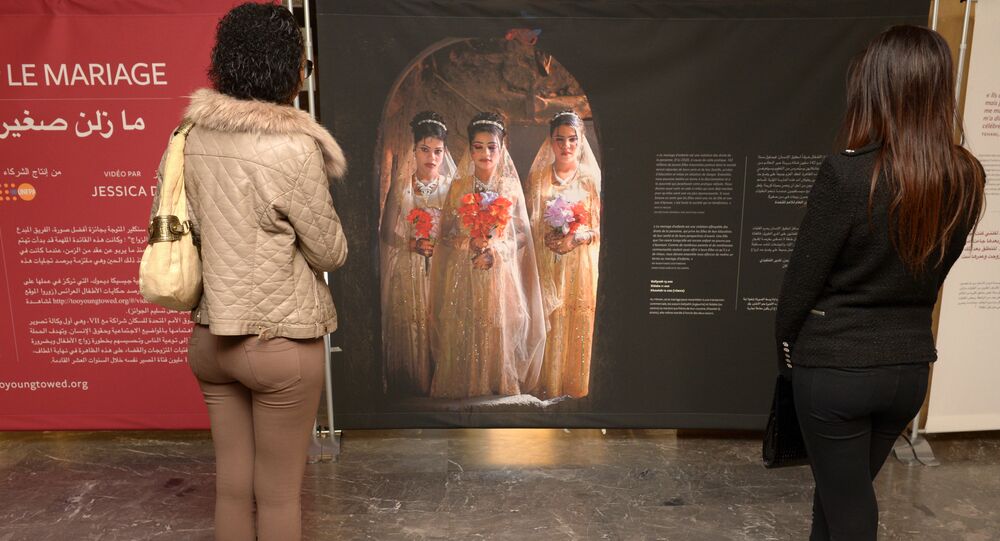 Confronted by the snowballing problem of child marriages amid a refugee influx, Denmark decided to get a firm grip of the situation by banning anyone less than 18 years of age from the bonds of matrimony altogether. Needless to say, the law was met with mixed reactions.

© REUTERS / Stig-Ake Jonsson/TT News Agency/Files
Nordic Asylum Centers Allow Child Brides to Live With Older Husbands
A large majority in Danish parliament voted for the amendment banning minors from getting married. The amendment effectively closed the previously existing opportunity for young people between 15 and 17 to get an exemption. At the same time, it became more difficult to get a foreign marriage contract approved in Denmark. Under the new law, which was designed with "imported" child marriages in mind, "compelling reasons" are required for underage spouses to get their matrimony approved in Denmark.

© AFP 2020 / ARNE DEDERT / DPA
Denmark to Become 'Magnet for Child Brides' After Amazing U-turn
The move is widely seen as a response to last year's report by the Danish Integration Ministry that revealed no fewer than 27 minors as young as 14 in the Danish asylum system who have spouses or registered partners. This led to an order from Integration Minister Inger Støjberg to physically separate such couples. Several months later, the course was reversed and married couples were re-united, as the Danish Immigration Service acknowledged that the policy was a violation of asylum seekers' rights.