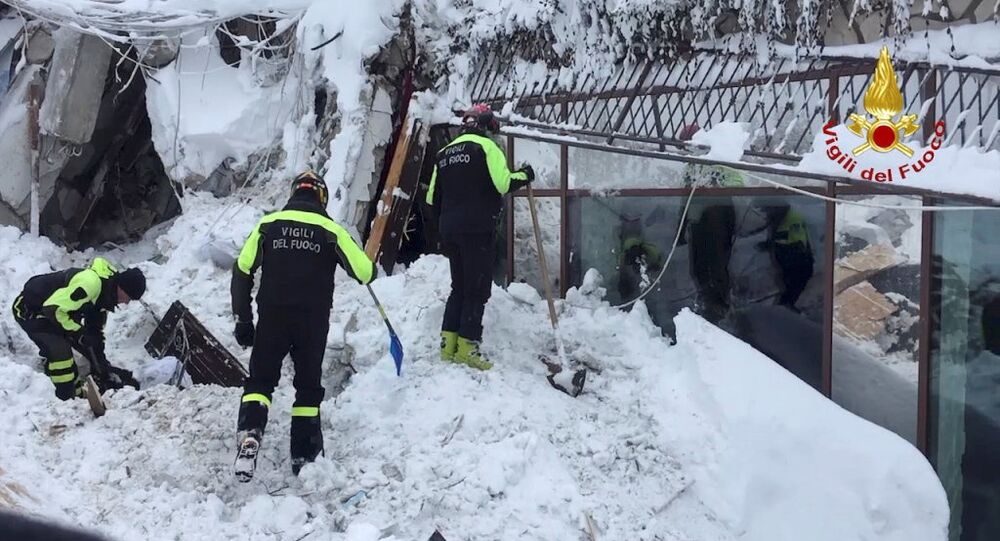 Six people were found alive inside the hotel in Italy that was hit by an avalanche earlier, local media reported on Friday.

Five people were said to be found alive at the Rigopiano di Farindola before Italy's Repubblica outlet updated their figures. The newspaper said five helicopters have been dispatched to the scene.

According to the newspaper, the survivors have been identified but remain in the hotel. The rescuers are in touch with them, according to the media outlet. The helicopters will bring blankets and other rescue materials to the scene.

"They are alive and we are talking to them," fire brigade spokesman Luca Cari told Reuters by telephone, speaking from the scene.

So far, bodies of four victims of the avalanche near a hotel at the Alpine resort of Farindola in the central Italian Pescara province have been recovered by security services.

© Flickr / Bruno
Italian Hotel Hit By Massive Avalanche, Guests Missing
According to Rainews 24 broadcaster citing the rescue services, a total of 34 people were in the hotel of whom 28 are still unaccounted four.

The avalanche occurred at the base of the Gran Sasso mountain range on Wednesday, wreaking havoc at the Rigopiano di Farindola hotel.

Earlier that day, a series of four earthquakes shook central Italy. The magnitude of the earthquakes ranged between 5.1 and 5.7. Italian authorities issued an avalanche warning following the three quakes.