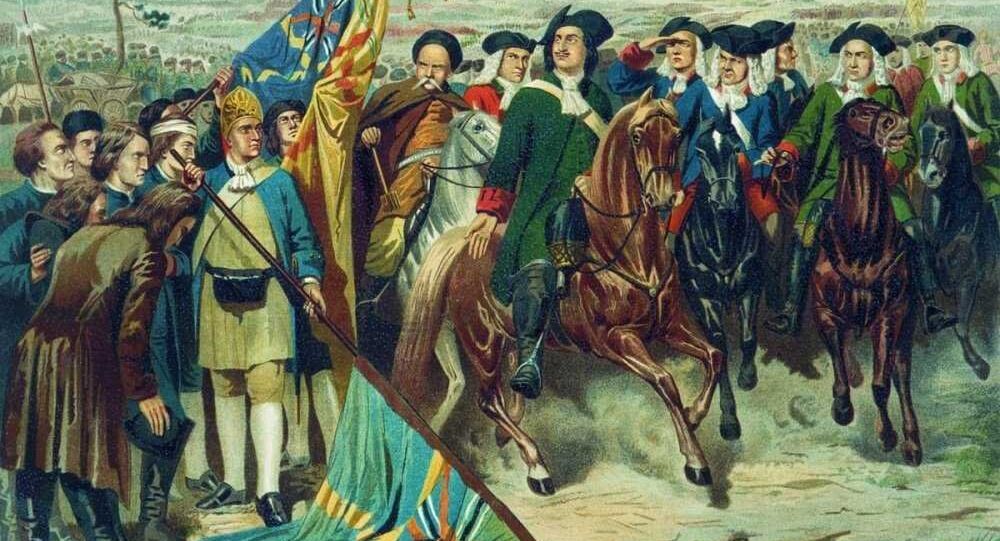 According to the Swedish political establishment's official narrative, it is a given that Russia is evil and dreams of invading its neighbors. Even if contradictory views are few and far between, a Swedish professor tried to calm down his fellow countrymen by defusing Sweden's historic fear of Russia.

© Flickr / Jori Samonen
Finnish Professor Stuns Scandinavia by Proposing Military Alliance With Russia
According to Sverker Oredsson, a professor of history at Lund University, the West in general and Sweden in particular should have a more realistic relationship with Russia. This should be determined by diplomats rather than army hawks, which would reduce unnecessary alarmism.

Oredsson alluded to a recent interview with former Norwegian Prime Minister and incumbent NATO Secretary General Jens Stoltenberg, anchored by former Swedish Prime Minister Frederik Reinfeldt, in which Stoltenberg characterized the ideal relation with Russia using four nouns: firmness, strength, dialogue and openness. According to Oredsson, the Swedish government is poised to pursue a contrary line by distancing itself further from Russia and thus having as little interaction with its vast neighbor as possible.

According to Oredsson, the difference in the former prime ministers' attitudes is no coincidence. There are historical reasons for the differing approaches in Norway and Sweden. Norway shares a land border with Russia and has never been at war with its neighbor. On the contrary, the Red Army liberated northern Norway in 1944 from Nazi German occupation. Russia and the Soviet Union before it have even administered mining colonies in Norway's remote Arctic archipelago of Spitzbergen without issue.

​In Sweden, Oredsson pointed out, the fear of Russia emerged after the largely unsuccessful Great Northern War (1718-1721), in which Karl XII of Sweden tried to destroy the Russian state. In the final stage of the war, Russian troops disembarked on the Swedish Baltic Sea coast, prompting a humbled Sweden to make peace and giving rise to so-called 'rysskräck,' a notion denoting Swedes' fear of all that is Russian.

© Wikipedia / Thron Ullberg
Dissenting Swedish Journalist Gets Lambasted for 'Spreading Russian Propaganda'
Subsequently, Swedish politicians, army commanders and opinion makers nurtured the fear of Russians. This proved particularly unfortunate during both world wars, Oredsson pointed out. During World War I, the Swedish upper class demanded that Sweden should join the German side against Russia. During World War II, the cream of Swedish society did not hide their Nazi sympathies for fear of the Soviet Union. Additionally, Sweden allowed Nazi Germany to make free use of Swedish railways to transport military personnel, weapons and associated ammunition via its territory. Sweden also indirectly supported Nazi militarism by selling iron ore and steel to Germany.

"Today, apparently, the main issue for the Swedish politicians and opinion makers is 'how can we punish Russia hardest?' Reasonably, though, the question should rather be: 'how can we in Sweden and Europe establish a working relationship with Russia in the fastest possible way?'" Sverker Oredsson wrote in his opinion piece in the Swedish newspaper Dagens Industri, venturing that Vladimir Putin, for whom Swedish politicians have an intrinsic dislike, will eventually go while Russia stays.

© Photo : Pixabay
Fake Threats Lead to Real Military Budget Hikes in Sweden
Swedish Foreign Minister Margot Wallström and the Swedish government have repeatedly stressed that one of Sweden's objectives during its temporary membership in the UN Security Council is to achieve a better atmosphere in the council. According to Oredsson, this is just a pipe dream unless Sweden starts interacting with Russia, a permanent Security Council member, in earnest. It's time to make use of wise diplomacy instead of military rhetoric to set the tone in relations with Russia, Oredsson concluded.

"Actually, the fundamental solution is not so difficult to see. The West must recognize that Crimea, which has been part of Russia since the 1700s and which is home to the Russian Black Sea fleet, belongs to Russia, while Russia must pledge not to harass either eastern Ukraine or the Baltic states," Sverker Oredsson concluded.

Sverker Oredsson is a professor of history at Lund University and the author of a number of scientific works, including two volumes on Swedish society in the 20th century: "Swedish fear" and "Swedish anxiety." In scientific circles, Oredsson is respected for his studies on Swedish monarch Gustav II Adolf, known as "The Lion of the North." Incidentally, Gustav II Adolf, under whose reign Sweden became one of Europe's greatest nations, signed a peace treaty with Russia, ending a long period of strife.