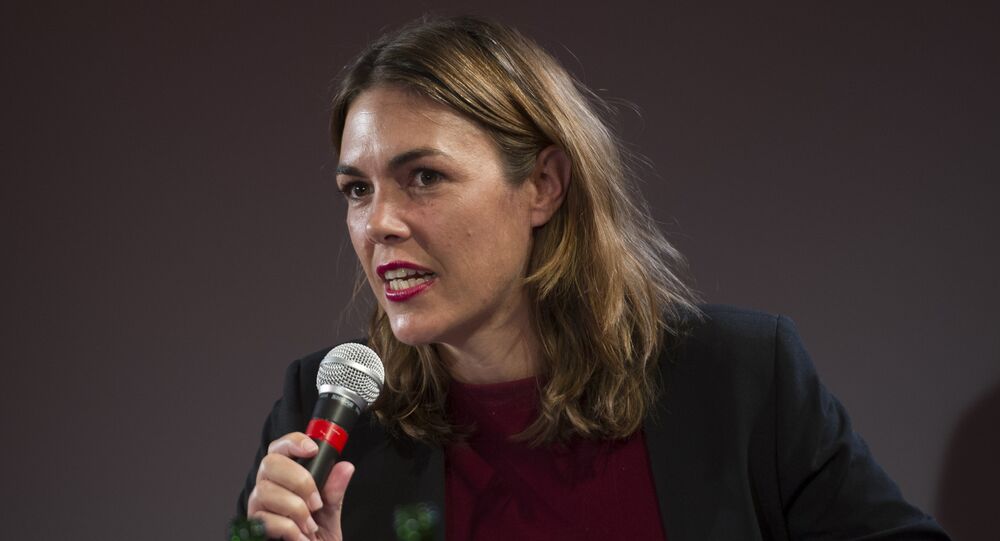 Outgoing US President Barack Obama may have commuted Chelsea Manning's sentence, but celebrations on the part of transparency campaigners and enemies of official secrecy may be premature - Julian Assange's legal representative, Melinda Taylor, has warned Sputnik the war on whistleblowers is far from over, referring to US actions.

On July 30 2013, then-Bradley Manning received a 35-year sentence for violating the Espionage Act, stealing government property, violation of the Computer Fraud and Abuse Act, and disobeying orders multiple times. In essence, Private Manning was punished for leaking hundreds of thousands of classified documents to anti-secrecy group WikiLeaks. At the time of her sentencing, she had already spent over three years in solitary confinement at a US military supermax prison.

Mr. President, if you grant only one act of clemency as you exit the White House, please: free Chelsea Manning. You alone can save her life.

However, in a shocking volte face, President Obama commuted all but four months of Chelsea Manning's remaining sentence on January 18, stating Manning's original 35-year prison sentence was "very disproportionate" and it "made sense" to terminate it.

The news was welcomed all over the world (bar parts of the US itself), with Birgitta Jonsdottir MP of the Icelandic Pirate Party saying she hoped it was an indication that "this vendetta towards whistleblowers, that era, is finished."

However, Melinda Taylor reminds campaigners that the fates of Julian Assange and Edward Snowden remain very much up in the air.

"Chelsea Manning's sentence may have been commuted, but the war on whistleblowers persists. It's a good first step, but it's not a solution to the plight of whistleblowers. In fact, I'd argue it was a last ditch attempt to salvage his legacy, and move to silence very valid criticism of the stance of his administration in respect of whistleblowers — the Obama regime has prosecuted more whistleblowers than all others put together. This isn't even a fair remedy — Manning should've been pardoned, or in fact never convicted in the first place," Taylor told Sputnik.

Nevertheless, following Obama's announcement, WikiLeaks founder Julian Assange announced he was ready to be extradited to the United States to testify, provided Washington guaranteed his rights.

Assange is still happy to come to the US provided all his rights are guarenteed despite White House now saying Manning was not quid-quo-pro.

Taylor says Assange still stands by that vow, despite the White House saying Manning's release was not a "quid pro quo."

"Assange has been consistent on this point. However, he has also been consistent in his conviction that the prosecution against him should be dropped, as it's illegal and unconstitutional, and whistleblowers should be protected, not punished. His stay in the Ecuadorian embassy has been found by the UN to amount to 'arbitrary detention', yet the UK effectively maintains this against all facts. Someone's rights can't be subject to a pause button," she said.

Taylor added that the ongoing injustice entrapping Assange pointed to a targeted, political campaign on the part of the US behind the scenes.

"There's been a complete lack of diligence from the Swedish prosecutor. She should've interviewed him five years ago. There are questions to be asked about why this is maintained — the UN has called for Assange to be free to leave the embassy without the constant threat of arrest, and for the European arrest warrant to be dropped.

The first Swedish prosecutor on the case even decided there was no basis for proceeding with a prosecution. I hope we don't have to wait another five years for this to be resolved. In fact, I hope 2017 will bring a solution for Assange. A UN expert has called whistleblowers human rights defenders, and called for the campaign against Assange. Perhaps the Trump administration marks a fresh start," she concluded.

Obama Refuses to Confirm Whether US Is Seeking Assange's Extradition

WikiLeaks: Assange Ready for Extradition to US If All Rights Guaranteed