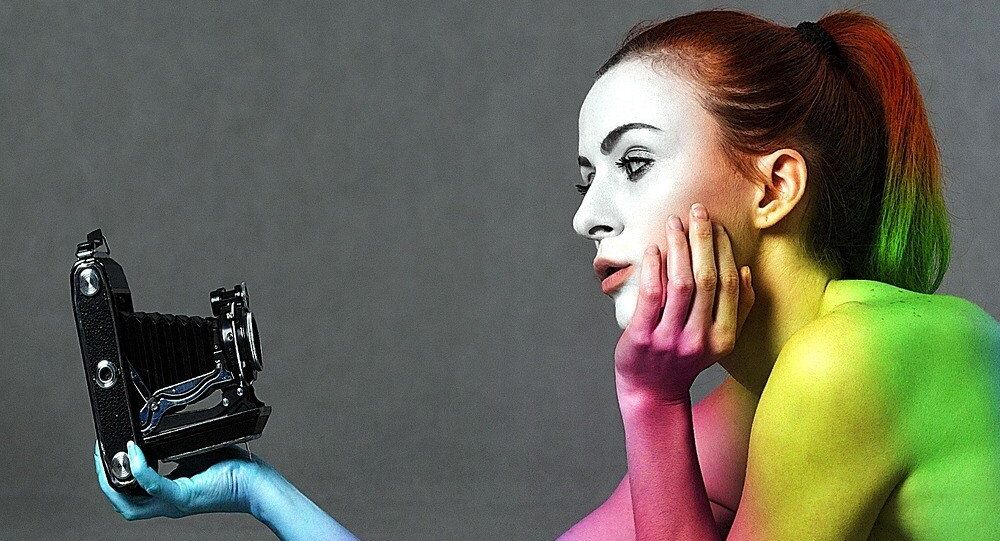 Social media has exploded over selfie pictures posted online of people posing at the Berlin Holocaust Memorial site, commemorating the deaths of six million Jews that have been satirized by Israeli satirist Shahak Shapira, in an effort to highlight the hijacking of the "horrors of the past."

The Berlin Holocaust Memorial, commemorating the death of Jews in Europe, is visited by 10,000 people, every day, but an increasing number are taking selfies on the installation of concrete slabs, taking selfies in a variety of crazy poses.

Combining the selfies Shapira found on Facebook, Instagram, Tinder and Grindr with real images of the holocaust, the artist hopes to incite public debate on the commemorative culture.

On her website she says: "No historical event compares to the Holocaust. It's up to you how to behave at a memorial site that marks the death of 6 million people.

© AFP 2020 / Patrik Stollarz
Tourists with umbrellas walk through the Holocaust Memorial on July 28, 2011 in Berlin.

"Some people's behavior at the memorial site is indeed disrespectful. But the victims are dead, so they're probably busy doing dead people's stuff rather than caring about that."

Ok, now for something even beyond anything we'd ever dream up.
The #yolocaust.https://t.co/UQ2ukdylPy pic.twitter.com/c5xPXRf5ta

The project has provoked fiercely differing reactions on social media.

Finally someone understood all my thoughts and came up with #yolocaust. This is why shouldn't do stupidity. https://t.co/ALOSpeXljb pic.twitter.com/whk5JxVfgg

Those whose selfies are featured in the picture can have them removed.

Twitter: "I'm on one of the pictures and suddenly regret having uploaded it to the internet. Can you remove it?"