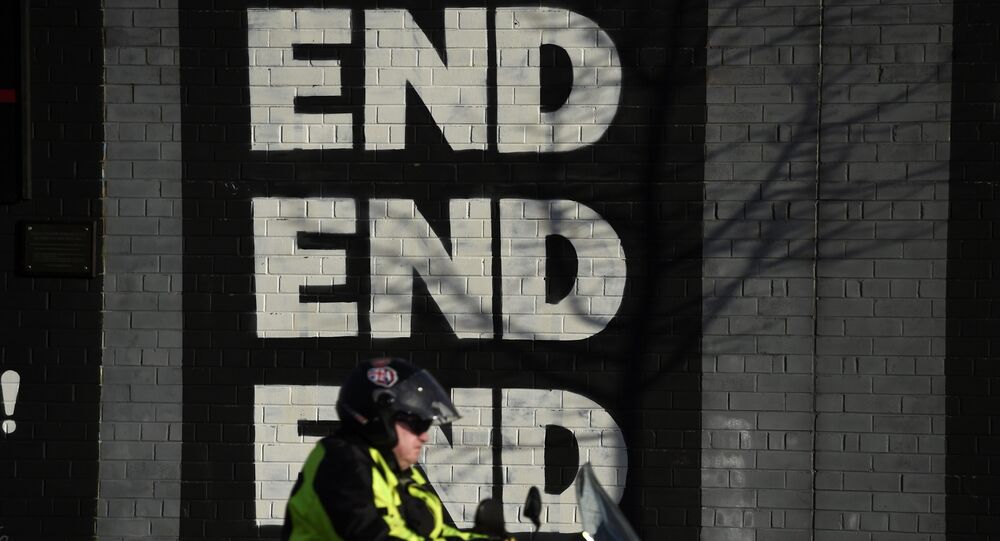 Newspaper headlines in London have been dominated by the UK Prime Minister's recent speech outlining her plans to leave the European single market,yet while fears are growing in the Republic of Ireland of a "hard border" with Northern Ireland.

During her January 17 speech to Europe's press and politicians, Theresa May set Britain's Brexit agenda, choosing to remove the UK from Europe's single market, to make more way for her to control immigration numbers, opting out of Europe's freedom of movement principle.

© REUTERS / Stefan Wermuth
Brexit: The 'Economic Cost' of Sterling's Surge in Value After UK PM's Speech
She also said that the "common travel area" between Northern Ireland and the Republic of Ireland would remain a priority.

The border between Northern Ireland and the Republic of Ireland is the UK's only land border. Trade between the two countries is estimated to be worth around US$2.7 billion per year, according to a recent report by the Institute of Directors.

Data from Her Majesty's Revenue and Customs (HMRC) also reveals that more than half of Northern Ireland's exports went to the EU, accounting for US$3.69 billion in trade.

Northern Ireland's Democratic Unionist Party (DUP) welcomed Theresa May's clarity on Britain's position — or lack of position — in the European single market and her plan for a Free Trade Agreement with the EU.

"The DUP is committed to helping the Government in their Brexit plans and negotiations. We are well placed to do so," DUP MP Sammy Wilson said.

Judgment in Article 50 #Brexit case to be handed down on Tuesday 24 Jan at 9.30am. Details on public access here https://t.co/DnQfsF0fKj

​This "Hard Brexit" decision however, has been cited as a "disaster" by Sinn Fein MEP Martina Anderson who said:

"A very hard Brexit will be a disaster for the north of Ireland. The freedom of movement of people and goods across Ireland is an absolute necessity," she said.