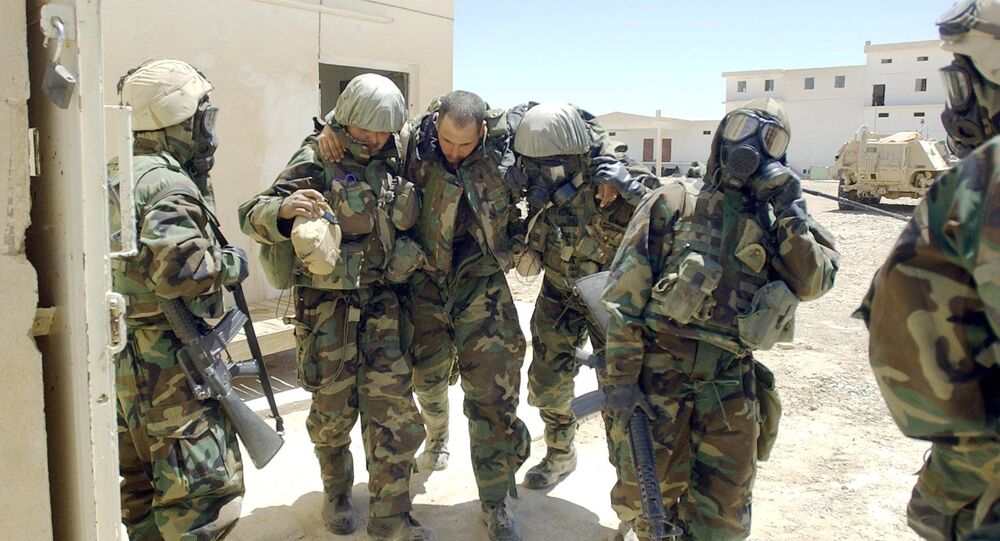 A British doctor, who played a prominent role in demanding an investigation into the mystery death of a weapons expert at the center of a row over Saddam Hussein's weapons of mass destruction being deployable within 45 minutes, is taking legal action against the UK Ministry of Defense.

Dr. Stephen Frost is bringing a legal claim against the UK Ministry of Defence over his dismissal by text and email while on holiday after blowing the whistle on the dispensing of strong painkillers at an army base. The final hearing began January 18.

Frost has long been a campaigner for the reopening and full investigation into the death — apparently by suicide — of weapons expert Dr. David Kelly, who was employed by the British Ministry of Defense.

@BBCOS British scientist Dr. David Kelly that pleaded with Blair and the government not to go to war with Iraq!!! pic.twitter.com/gz9NtoCa6I

​Dr. Kelly was exposed as the source who expressed doubts over the controversial claim that Saddam Hussein had weapons of mass destruction capable of being deployed within 45 minutes, revealed in a document ahead of the invasion of Iraq, 2003.

© AFP 2021 / Martyn Hayhow
Demonstrators at the rally in London, 15 February 2003, as worldwide protests brought tens of thousands into the streets to show their opposition to a possible US-led war against Iraq.

Against a backdrop of deep public skepticism over plans to invade Iraq, UK Prime Minister Tony Blair's government published a dossier of evidence, September 2002, that stated there was evidence that Saddam Hussein's regime had "military plans for the use of chemical and biological weapons, including against its own Shia population. Some of these weapons are deployable within 45 minutes of an order to use them."

For several weeks its contents were debated and criticized. The 45-minute claim was widely disputed and eventually led the BBC journalist Andrew Gilligan to report that the claim was being dismissed by senior intelligence staff and that the British government knew the claim was wrong before publishing the dossier.

The broadcast of his report led to the controversial outing of his source, Dr. Kelly. There ensued a huge row between Downing Street and the BBC and the eventual resignation of its Director General and Chairman and the death — and apparent suicide — of Dr Kelly. Kelly was found dead two days after an aggressive grilling at the hands of the House of Commons foreign affairs select committee.

© AFP 2021 / Stephan Rousseau
Copies of the Hutton report are stacked at the Royal Courts of Justice in London 28 January, 2004 ahead of Lord Brian Hutton's summarization the conclusions of his report into the suicide of weapons expert David Kelly that hurled Prime Minister Tony Blair into his worst political crisis in office.

Amid growing acrimony, following the invasion of Iraq and no evidence of WMD, a judicial inquiry was called, under Lord Hutton, into the circumstances surrounding Kelly's death. It concluded that the wording of the September dossier had been altered to present the strongest possible case for war and that reservations had been expressed by experts within the intelligence community, including Dr. Kelly, about the wording of the dossier.

The UK Foreign Secretary Jack Straw, October 12 2004, told parliament that a previous inquiry into the 45-minute claims had found: "the validity of the line of reporting that included the 45-minute intelligence had come into question. It further concluded that reporting received from a liaison service on Iraqi production of biological agent was "seriously flawed."

"The House will now wish to be aware that the chief of the Secret Intelligence Service [MI6] has written to my right hon. Friend the Member for Dewsbury (Ann Taylor), the Chairman of the Intelligence and Security Committee, formally withdrawing those two lines of reporting," Straw revealed.

​However, mystery has continued to surround the death — apparently by suicide — of Dr. Kelly.

Dr. Stephen Frost has played a prominent role over many years in calls for a full inquest into Kelly's death.

"As specialist medical professionals, we do not consider the evidence given at the Hutton inquiry has demonstrated that Dr. David Kelly committed suicide. Dr. Nicholas Hunt, the forensic pathologist at the Hutton inquiry, concluded that Dr. Kelly bled to death from a self-inflicted wound to his left wrist. We view this as highly improbable," Dr. Smith wrote.

Frost was dismissed, 2013, after calling for a police investigation into the irregular prescribing of strong painkillers (morphine sulphate) at an army base. He claims he was not told why his contract was terminated and was given no chance to defend himself. His abrupt dismissal has fueled suggestions that it may have been connected with his campaign for a new investigation into Dr. Kelly's death.