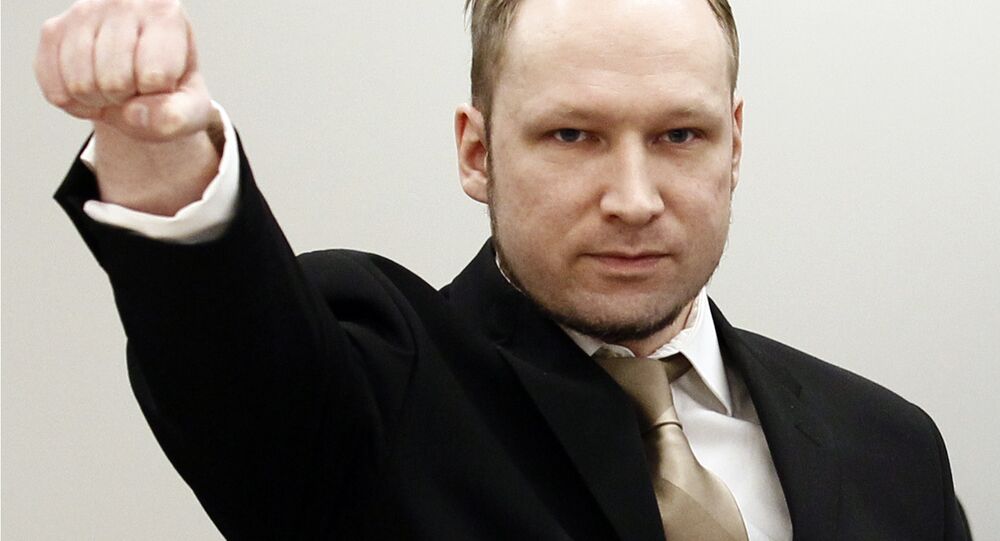 Norwegian authorities on Tuesday defended their treatment of mass killer Anders Behring Breivik in prison during an appeals trial on an earlier ruling that the state violated some of Breivik's rights.

STOCKHOLM (Sputnik) —The Borgarting Court of Appeals case was opened on January 10 following Breivik's appeal against a 2016 Oslo court ruling that some of his human rights had been violated in prison. This included "inhuman or degrading treatment or punishment" as defined by article three of the European Convention on Human Rights. Breivik's prolonged periods of isolation, lasting up to 23 hours, were also noted.

"Of course, Breivik is displeased, nothing else was to be expected. But this is not a violation of human rights. This just means that the punishment has a goal," state attorney Fredrik Sejersted said during the hearing, as shown by the NRK public broadcaster.

Sejersted stated that the convict has a high standard of life in prison compared to other criminals, with his cell composed of three rooms, including a study, with the right-wing extremist having access to communication with the outside world.

Breivik reacted to the claims mainly by shaking his head in rejection. The hearings wrap up on Wednesday after Breivik's lawyer is heard.

The convict's lawsuit claims that the confinement conditions had affected his health, with prison isolation making him suffer and turning him into a radical.