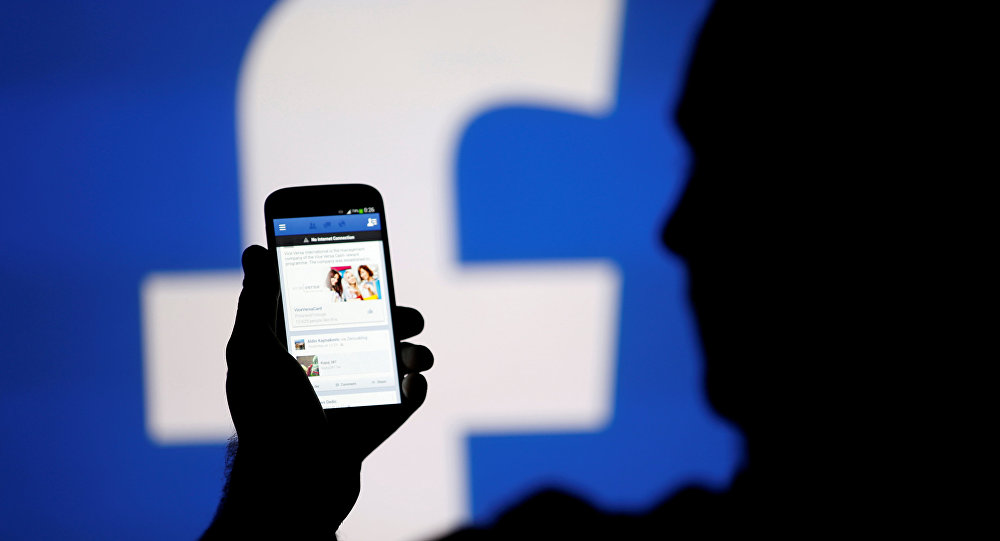 Facebook is planning to cooperate with a team of independent journalists called Correctiv, who are expected to determine the compliance or non-compliance of certain news with reality.

© REUTERS / Rick Wilking
Indian Court Questions Facebook Data Sharing Policy
Earlier it was reported that Facebook is launching a fake news filter system in Germany, allowing its users to fact-check and report stories they suspect to be untrue.

However, German lawyer Joachim Steinhoefel believes that the concept of "fake news" is problematic from a legal point of view and that the very idea of the "fight against fake news" is doomed to fail.

Steinhoefel leads the website called Facebook-Sperre which registers cases of wrongful removal of accounts and news on Facebook as well as the cases in which the social network "does not delete the information that should be removed according to the law."

He doubts that that the Correctiv team that is supposed to determine whether a story is fake or not is indeed as neutral and objective as it is being presented.

In particular, the lawyer referred to the fact that the team members always attack the Alternative for Germany (AfD) party, a right-wing movement which has been increasingly gaining popularity in Germany over last months.

"What is going on here is not a filtering of the fake-news and the reports that do not correspond with reality. This is an attempt of the political class to regain power, domination and control over political and public discourse by actively interfering in the fundamental rights guaranteed by the Constitution, in particular such as the freedom of the press and the freedom of speech," the politician told Sputnik Germany.

According to Steinhoefel, the existing laws that prohibit insulting wordings and false statements are quite sufficient.

"We do not need a new law or new wordings, such as Fake News or Hatespeech. All this is fog that it supposed to conceal from people the fact that their constitutional rights are being violated," the expert said.

© Photo : Pixabay
Germany to Trial Facebook 'Fake News' Vetting Feature
He also added that many pre-election promises or statements made by politicians can often be not entirely true.

"Where should we start the fight against fake news then? This is just a brutal frontal attack on the freedom of speech," he added.

In February, German Facebook users will be able to flag any story that appears in their newsfeed they suspect is fake news. The story will then be dispatched to Correctiv, a German fact-checking organization.

If Correctiv determines the story to be fake, it will be marked as false and users seeing it in their feeds will be warned about its doubted authenticity. It will also be blocked from being promoted in users' feeds.