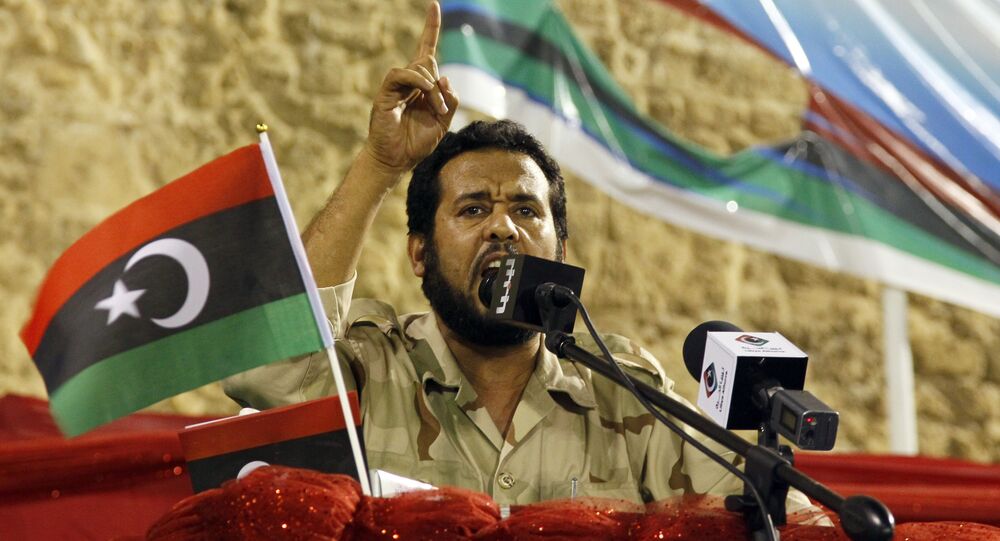 Human rights campaigners have praised the UK Supreme Court's decision to allow Libyan dissidents kidnapped in a joint US-UK operation to sue the British government, saying the stance against rendition is timely, given threats made by incoming US President Donald Trump to revive torture practices.

The Supreme Court's ruling paves the way for former Libyan rebel Abdel Hakim Belhaj and his wife, Fatima Bouchar, to take legal action against the UK government, its intelligence agencies, then Foreign Secretary Jack Straw and Sir Mark Allen, a senior MI6 official, for their involvement in the couple's abduction in 2004.

After being arrested in Malaysia in March 2004, the pair were flown by the CIA to Muammar Gaddafi's Libya, where they were held in prison.

​Belhaj alleges that he was brutally beaten and tortured during his six years in Libyan prisons, while Bouchar — who was pregnant at the time of abduction — also claimed she was abused during her time in custody.

The UK is accused of informing US authorities of the couple's whereabouts in Asia, with Allen, the former director of counterterrorism at MI6, sending a letter to Moussa Koussa, the then-head of the Libyan intelligence agency, in March 2004.

​The letter read: "Most importantly, I congratulate you on the safe arrival of Abu Abd Allah Sadiq [Abdul Hakim Belhaj]. This was the least we could do for you and for Libya to demonstrate the remarkable relationship we have built over the years. I am so glad. I was grateful to you for helping the officer we sent out last week."

© Photo : Pixabay
Political Interference? UK Challenged Over Role in Libyan Rendition Prosecution
In trying to prevent legal action from being taken against it on the matter, the UK government tried to claim "state immunity" for their actions in relation to the case, however this was rejected unanimously by the Supreme Court's seven judges, who said any claims of British complicity should be heard in UK courts.

Trump and Torture: 'The Stakes Couldn't Be Higher'

Human rights campaigners say the fact the UK could be sued for its actions in relation to the rendition is hugely significant, particularly given that incoming US President Donald Trump — who is scheduled to be inaugurated January 20 — has previously promised to revive the country's torture program, speaking in support of bringing back waterboarding "and a hell of a lot worse."

"In 72 hours, a would-be torturer will take the reins of Earth's most powerful security state. So this case isn't 'just' about history — the stakes couldn't be higher," said Cori Crider, a lawyer for the rendition victims from human rights organization Reprieve, arguing it may serve as a deterrent for future cooperation of a similar nature.

Govt has spent £100,000s trying to kick rendition case out of court — when victims just want an apology. https://t.co/7qWW2eV43l

​"We enter the Trump era with not a soul held to account for Britain's past role in rendition. No official has condemned Trump's torture boasts. Our intelligence agencies may well be pressured to help America torture again… The [UK] government bought years of delay by wasting hundreds of thousands of pounds on this appeal, when a simple apology would have closed the case. Theresa May should apologize to this family, draw a line in the sand against torture, and restore British honor once and for all."

The ruling has once again raised questions over the close relationship between US and UK intelligence agencies during the CIA's post-9/11 rendition program, which saw numerous terror suspects abducted and tortured without charge.

Despite evidence of Allen's role in the rendition of Belhaj and Bouchar, the UK has never publicly acknowledged its role in the US' rendition program under former President George W. Bush, with former foreign secretary Jack Straw, then-serving under Prime Minister Tony Blair, denying such involvement in an address to the Commons Foreign Affairs Committee on December 13, 2005.

there is simply no truth that UK has been involved in rendition, full stop." Jack Straw, December 2005. He was lying.

"Unless we all start to believe in conspiracy theories and that the officials are lying, that I am lying, that behind this there is some kind of secret state which is in league with some dark forces in the United States …There is simply no truth in the claims that the United Kingdom has been involved in rendition full stop, because we never have been," Jack Straw said.

Any efforts to sue UK officials may place strain on transatlantic security and intelligence operation, particularly given Trump's bullish rhetoric on the matter.

Belhaj and Bouchar have both offered to drop their legal claims against the UK government in return for an apology and a token payment of £1 (US$1,23) from each of the defendants.