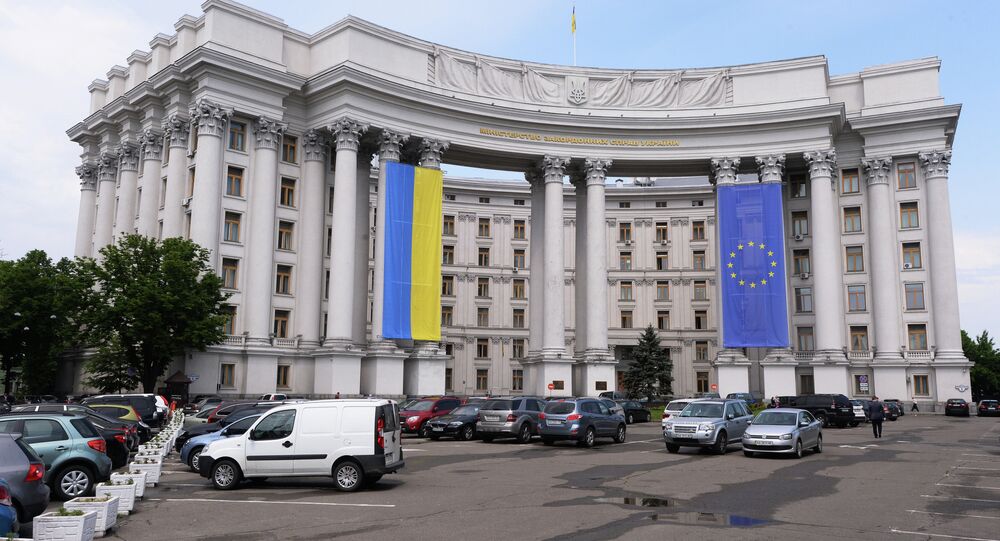 © AFP 2021 / VASILY MAXIMOV
Ukraine Files Suit Against Russia for Allegedly Violating UN Conventions
KIEV (Sputnik) — Ukraine is seeking compensation from Russia for the alleged violation of the international conventions on the fight against financing terrorism and the elimination of racial discrimination as part of the lawsuit filed with the UN court, the Ukrainian Foreign Ministry's spokeswoman Mariana Betsa said Tuesday.

"Ukraine asks the court to make Russia remedy wrongs, including payments of adequate compensation," Betsa said in an interview with the 112 Ukraine broadcaster.

The level of the compensation would be determined later in the course of the procedure, she added.

On Monday, Ukrainian President Petro Poroshenko instructed the country’s Foreign Ministry to file a lawsuit against Russia with the International Court of Justice.

In April 2014, Ukrainian authorities launched a military operation against pro-independence militias in the Donbas. In February 2015, the two sides reached a ceasefire deal following the talks brokered by the leaders of Russia, France, Germany and Ukraine in Minsk, Belarus.

Kiev and the Western countries have repeatedly accused Russia of interfering with Ukraine's internal affairs. Moscow has firmly denied all accusations, underlining that it provides no military support to Donbas militias.