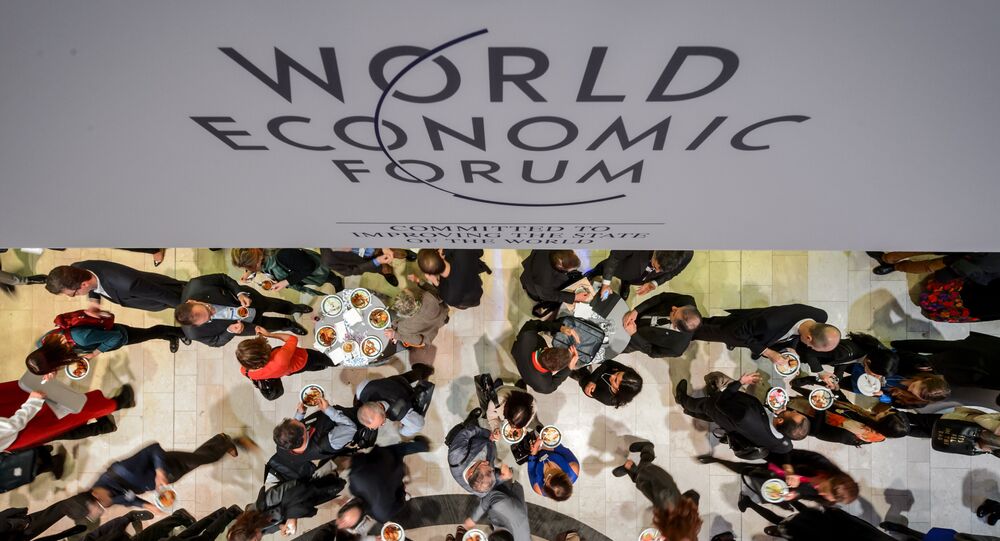 The world’s political, financial and business elites will gather in Davos, an expensive ski resort in the Swiss Alps, on January 17 – 20 to share their concerns about the challenges that humanity is facing and to discuss how to cope with them.

MOSCOW (Sputnik) — The World Economic Forum’s (WEF) annual meeting 2017 comes after a year marked by a significant shift to anti-establishment and anti-globalization views, and mostly remembered for the Britons’ choice to leave the European Union and Donald Trump’s victory at the presidential election in the United States.

In tune with the zeitgeist, Davos 2017 will run under the theme "Responsive and responsible leadership," dwelling on the ways to reverse the tide of growing protectionism and populism, revive economic growth and reform market capitalism.

Humanitarian challenges, primarily is Syria, expectations on the upcoming Trump’s presidency, refugee crisis and the global terror threat are also to rank high at this year’s WEF.

Some 3,000 participants from over 100 countries are due to take part. The conference is going to be the most diverse ever, according to the organizers, as one third of participants will be outside business and government.

It will be the first time the Chinese head of state attends the forum.

Xi is expected to continue his mission of presenting China as a champion of globalization and the key actor in shaping global economic order, which he started already in Peru at APEC summit in November, just after Trump, who promised to hike tariffs against China, won.

Davos 2017 will end just as Trump takes office on January 20.

The first WEF Annual Meeting was held in 1971. In 1988, signing of the Davos Declaration between Turkey and Greece allowed the two nations to avoid the war. In 1992, a recently liberated Nelson Mandela shook hands in Davos with the then South African president, which became a key moment in the end of apartheid era. In 2002, the WEF annual meeting was held in New York as a solidarity gesture after 9/11 attacks.

World Economic Forum of 2016 in Davos Has Concluded. But Who Cares?