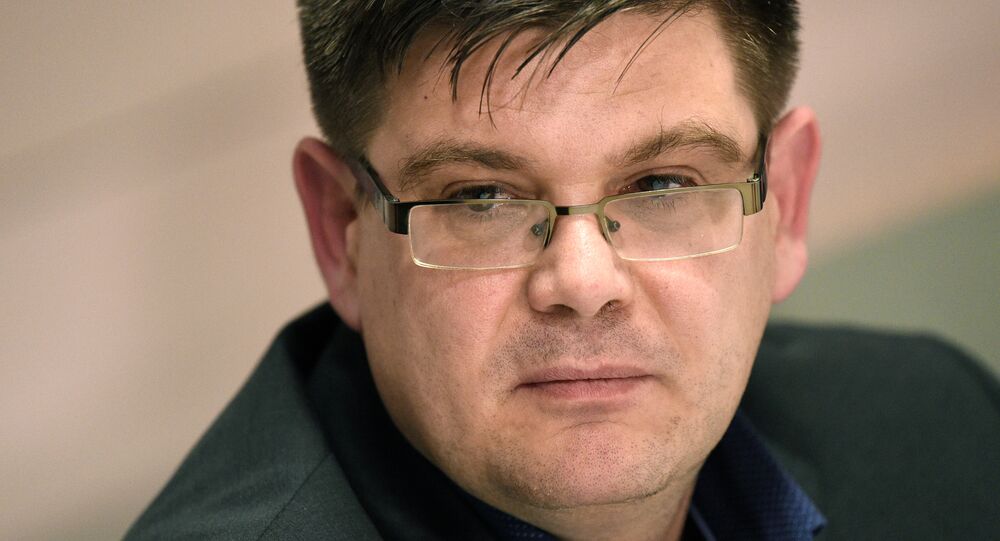 Andrej Holm, State Housing Secretary of the Berlin city government, has been dismissed after lying about his full-time employment by the East German Ministry of State Security.

Holm, a left-wing academic at Berlin's Humboldt University, rose to prominence in local politics as a leading opponent of the city's 21st century gentrification, particularly in respect of property prices. He was appointed in December 2016 to the Berlin city building ministry by the Left Party, junior coalition partner in the city government.

© AFP 2021
Two Men Detained in Germany Over Storing Explosives May Have Links to Nazi Group
Days after his appointment, however, it was revealed he'd lied on his application to Humboldt University in 2005.

Since German reunification, all public servants in Germany have been obliged to answer questions about their activities during the Cold War, such as whether they ever worked for the Ministry for State Security (Stasi) in any capacity. Holm answered "no" to these questions, but it has been revealed that he pursued a career with the service months prior to the fall of the Berlin Wall. While Holm claimed to not remember, critics do not believe him.

Following in the footsteps of his father, who worked to intercept communications, Holm joined the ruling Socialist Unity Party in January 1989 and completed basic training in his father's department. He wrote an oath of allegiance to the Stasi by hand, before being dispatched to study journalism in Leipzig. Holm's Stasi file is reported to run to 200-pages.

In a statement released Saturday, January 14, Berlin Mayor Michael Muller said he held Holm responsible for failing to accurately and honestly detail his past involvement in the Stasi.

"In the past weeks, Andrej Holm had the opportunity to examine himself and his own handling of his biography and to decide whether he can fill a high political office. His interviews and statements with respect to this question show me that he is not sufficiently able to undertake such self-reflection," Muller stated.

© AP Photo
German Spy Scandal: The End for Teflon Chancellor Merkel?
Following the collapse of the German Democratic Republic (GDR) in October 1990, researchers and campaigners went about uncovering the Stasi network of informants. To date, over 175,000 Stasi informants have been identified, roughly 2.5% of East Germany's 18-60 population, or one informer for every 65 citizens.

As authorities destroyed vast volumes of material, it is widely accepted there were many more informers that will never be identified — the office of the Federal Commissioner for the Stasi Records believes there could have been as many as 500,000, while a former Stasi colonel estimated the figure could be as high as 2 million. End-to-end, the Stasi archives run to 111 kilometers in length, navigated by 40 million index cards.

Holm is not the first German politician ejected from office due to Stasi ties, two other prominent examples being Lothar de Maiziere, both the first democratically elected leader of the GDR and its last ever leader, and Wolfgang Schnur, cofounder of the Alliance for Germany Party, which won 48.2% of the vote in East Germany's first and only democratic election.