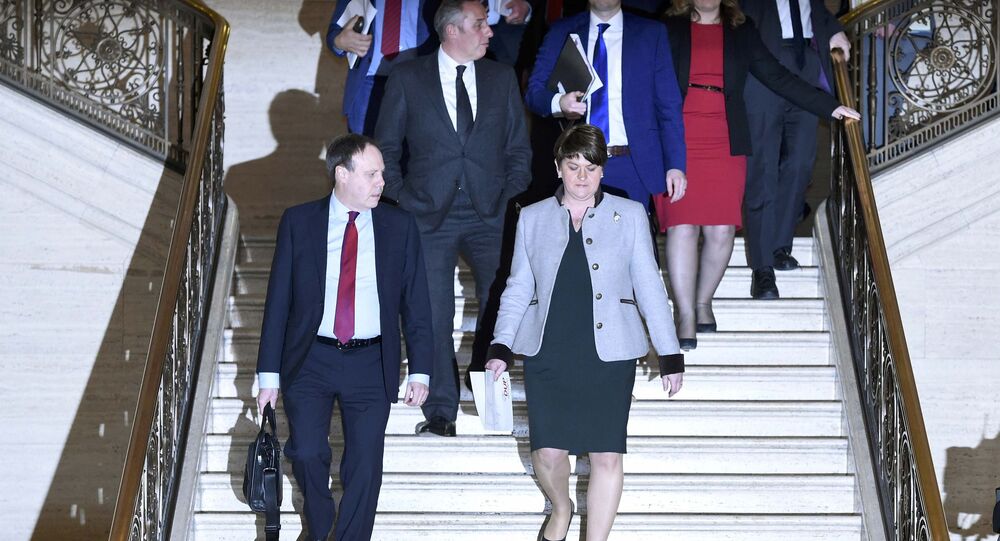 The political crisis in Northern Ireland deepened, January 16, as the deadline loomed for the British Government to call an election following the breakdown of the power-sharing agreement that had been brokered to end decades of violence in the province.

Under the unique system in Northern Ireland, the two major parties elected to the Northern Ireland Assembly enter into a power-sharing agreement, whereby the majority party nominated the First Minister to the Executive, which carries out the work of the devolved government, while the second largest nominates the deputy First Minister.

RHI Scandal: Sinn Féin in Government will not tolerate incompetence, malpractice or allegations of a corrupt process – @GerryAdamsSF pic.twitter.com/8zRUJ4Gqhy

However, McGuinness resigned, January 9, ostensibly over a row between the two parties over a botched green energy scheme originally overseen by Foster, which was supposed to incentivize people to switch to renewable, but which ended in farce when the scheme paid out more than the cost of the fuel, leaving taxpayers with a bill of up to US$486 million.

In conversations this morn with The British PM & her Sec.of State I said society & I felt badly let down by both the DUP & the British Govt.

​Under the terms of the Northern Ireland Act 1998, if either the First Minister or the deputy stands down, the other automatically loses power. Without agreement to replace both, the Secretary of State for Northern Ireland — James Brokenshire — has a duty to call fresh elections, which are likely to fall at the end of February or March.

However, the both the DUP and Sinn Fein likely to emerge as the two dominant parties again, the issue could become stalemate, with neither able to assume power. In that case, direct rule would have to be imposed from London, threatening the whole peace process, which ended decades of violence which saw thousands dead and injured over the issue of a united Ireland and Northern Ireland as a part of the United Kingdom.

© REUTERS / Clodagh Kilcoyne
The Parliament Buildings at Stormont are seen behind a no entry sign, a day after deputy first minister Martin McGuinness resigned, throwing the devolved joint administration into crisis, in Belfast Northern Ireland, January 10, 2017.

The green energy scheme — called the Renewable Heat Incentive (RHI) — has become known as the "Cash for Ash" scandal. It was set up by Arlene Foster when she was Minister for Enterprise, Trade and Investment, but ran into trouble after a lack of controls allowed the scheme to be abused to the tune of millions of dollars.