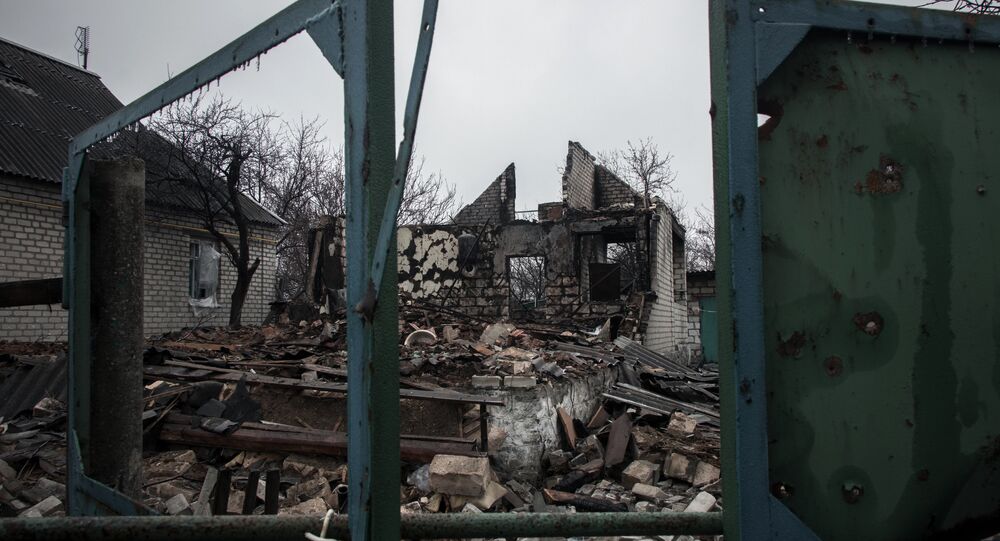 The press center of Kiev’s military operation forces reported about 60 shellings of their positions in the beiseiged Donbass region by militia over the past 24 hours.

"There have been 60 shellings in total. Three our servicemen are injured, one dead," the press center said on its Facebook page.

The Ukrainian government has been conducting a military operation in the country's eastern regions since April 2014. In February 2015, Kiev and the southeastern militia signed a reconciliation deal in the Belarusian city of Minsk.

The deal stipulated a full ceasefire, weapons withdrawal from the line of contact in eastern Ukraine, an all-for-all prisoner exchange and constitutional reforms which would give a special status to the self-proclaimed Donetsk and Luhansk people's republics. Both sides of the conflict, however, have been constantly accusing each other of violations of the agreement.

No Shelling by Militia in Donbas Registered Since 01:00 GMT Amid Ceasefire