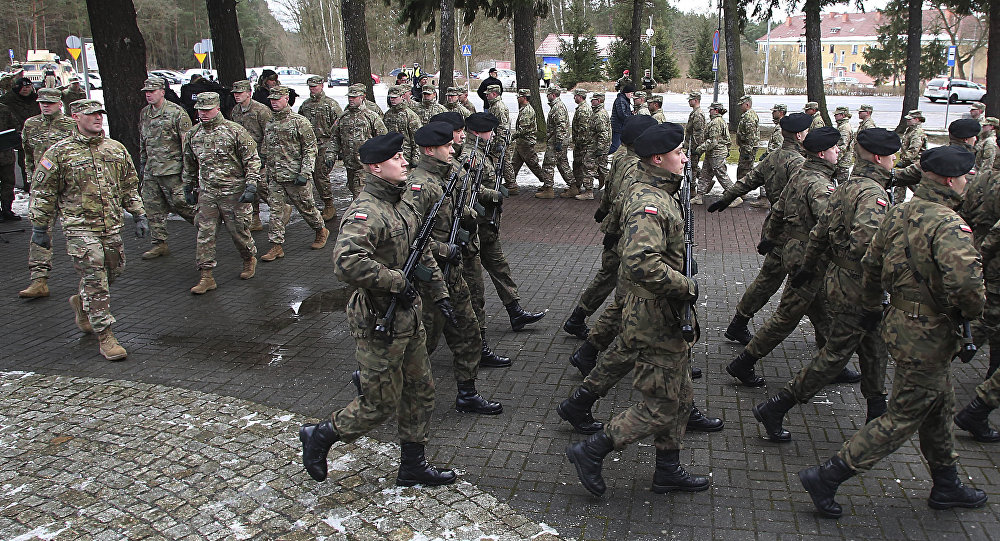 US Military in Europe: Deterring Russia Has Failed, Containment on the Way

Commenting on the massive US military deployment in Eastern Europe near the Russian border, political analyst Alexandr Khrolenko noted that it officially marked yet another change in the US' strategy towards Russia which the Pentagon announced long ago: the strategy of deterring Russia has failed giving way to a strategy of containment. 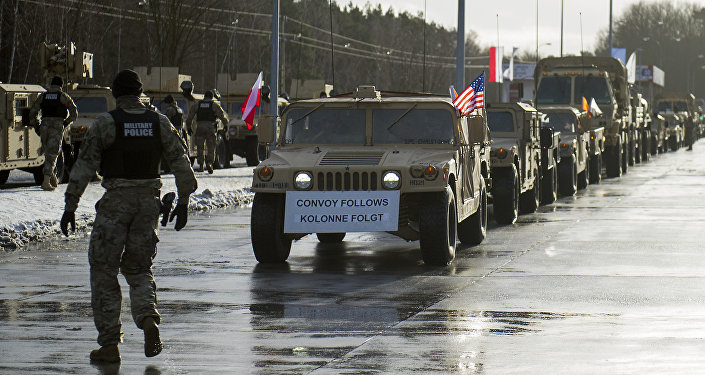 © AFP 2019 / NATALIA DOBRYSZYCKA
US 'Passive-Aggressive' Military Moves in Europe Aimed at Containing Russia
"January 12 officially marks the change in the US' military aid to its European allies," Khrolenko writes in his article for RIA Novosti.

What has been earlier called "a deterrent approach in light of Russian aggression" has now shifted towards a strategy of containment, he explained.

Back in July, the US Department of Defense announced that a US initiative which begun in 2014 to "reassure allies that the United States remains committed to enduring peace and stability in Europe has transitioned into a deterrent approach in light of Russian aggression."

"As we continue to see a malign influence and a Russia acting to upset international norms, we have transitioned beyond purely assurance to serving as a strong deterrent against Russian aggression," Air Force Maj. Gen. David Allvin, US European Command’s director of strategy and policy, testified at a hearing of the House Armed Services Committee’s oversight and investigation subcommittee on the future of the European Reassurance Initiative, telling the panel that "because of the changed atmosphere, Eucom is planning and executing a stronger deterrent to Russian aggression."

The request for $3.4 billion in fiscal 2017 funding for the European Reassurance Initiative reflects this transition, the general said.

© Flickr / 7th Army Joint Multinational Training Command
US Tank Brigade to Arrive in Poland on Thursday
"The rapid change in the security environment requires a prompt answer," he added.

Meanwhile, Khrolenko believes that "the experience of NATO military operations in Afghanistan, Iran, Libya and Syria demonstrates that the international alliance is ineffective even on a flat desert encroachment."

"If an adversary, admittedly inferior in armaments and technologies, is not suppressed by missile strikes from afar, as a rule he will remain undefeated in close combat," he says.

"The conflict will be at best frozen or will transform into a proxy war. This is the real military potential of the EU-US alliance," he adds.

The author's comments come as more than 3,000 US soldiers, 80 main battle tanks and hundreds of armored vehicles have moved into Eastern Europe from Germany by road and rail as a declared effort to contain Russia.

Kremlin spokesman Dmitry Peskov has already expressed Moscow's negative attitude towards the move and said the Kremlin considers the buildup of US military presence in Europe near the Russian borders as a threat.

US Troops Deployment 'Turning Europe Into a Tinderbox Ready to Ignite'