Germany is backtracking on its five year suspension of the EU's Dublin rules and will start returning all newly arriving asylum seekers to Greece.

The European Union's Dublin regulations, ruling that refugees must apply for asylum in the first EU country they enter, were suspended in Germany in 2011 due to the poor conditions and infrastructure to process asylum seekers in Greece.

However, these processing systems are still described as "dire" by humanitarian organizations in Greece, where temperatures in the refugee camps have dropped to as low as —18 degrees Celsius (0 degrees Fahrenheit), leaving people stuck in below freezing conditions following the closure of alternative routes into Europe from elsewhere.

Yet the rules are being reinstated in Germany in March 2017, which will see the return of all asylum seekers to the country they first stepped foot in.

#Germany adopts and drops Dublin rules as it wishes and as is expedient. #refugees

Slovenia is also planning to toughen up its refugee and asylum seeker procedures by amending its Aliens Act, allowing police officers the power to stop and turn back any asylum seekers on the border, imitating Hungary and Croatia in their approach to refugees. 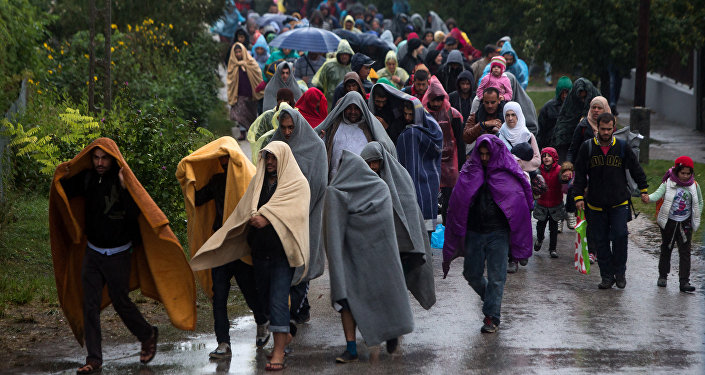 However, the secretary general of the Council of Europe, Thorbjorn Jagland, has written to the Slovenian prime minister, Miro Cerar urging caution over the proposed Aliens Act.

Mr. Jagland suggested it could contravene the European Convention on Human Rights, especially considering the "right to due process, the consideration of individual circumstances in the processing of applications and protection of all migrants and asylum seekers against ill-treatment."

Human rights organization Amnesty International have also raised concerns, claiming it strips refugees of their rights according to EU laws.