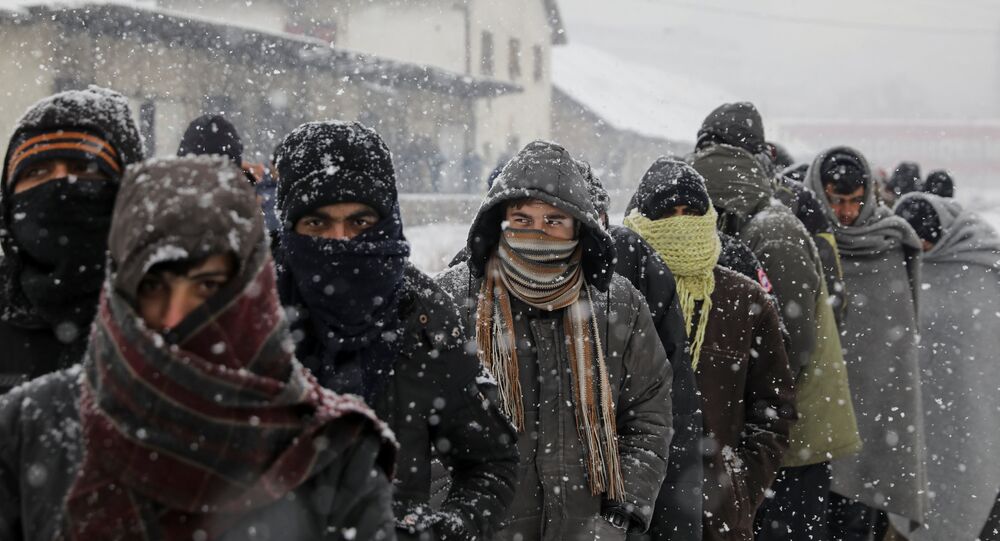 The UNHCR issued a statement on Friday calling on national governments across Europe to help protect the refugees from local authorities interference, which reportedly left asylum seekers exposed to harsh weather.

"These practices are simply inacceptable and must be halted, as they place the lives of refugees and migrants at heightened risk and violate their most fundamental rights," the UNHCR said.

The agency also demanded that the European states step up their efforts to protects refugees from possible kidnapping, abuse and extortion they were facing from various criminal gangs.

January's cold weather spell, which saw temperatures plunge to as low as —20 degrees Celsius (-4 Fahrenheit) across Europe, has already caused several refugee deaths on the continent and left many stranded without adequate shelter or warm clothes.

The migration crisis in Europe escalated in 2015 with hundreds of thousands of people form the Middle East and North Africa seeking asylum in EU member states. The EU border agency Frontex detected over 1.83 million illegal border crossings in 2015.