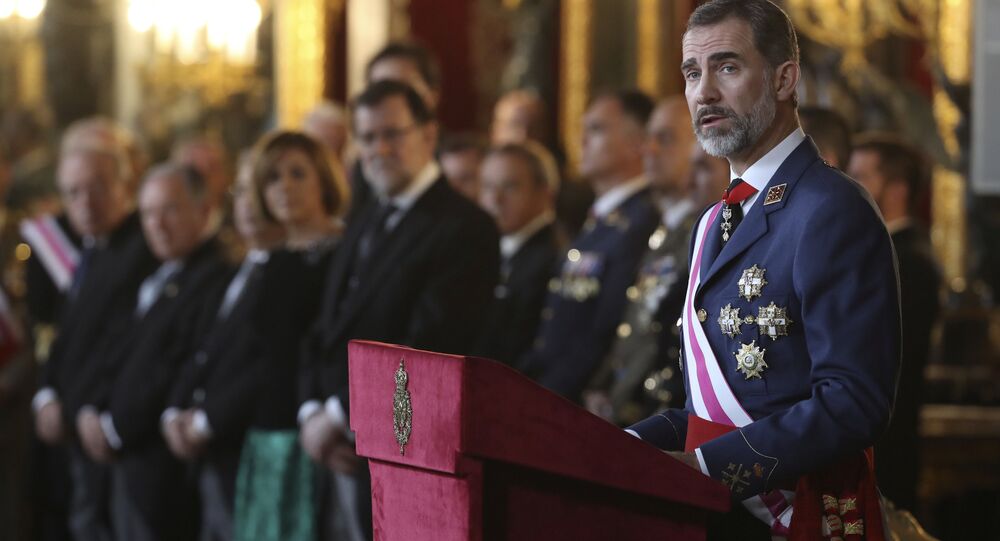 Spanish King Heads to Saudi Arabia With Warships on the Agenda

Spain's King Felipe VI will head to Saudi Arabia for a three-day official visit at the invitation of Saudi Arabia's King Salman. It's believed to be part of a controversial US$2.1 billion arms deal, which could help Spain sell warships to the Saudis.

In the same week that Human Rights Watch has accused Saudi Arabia of killing civilians in Yemen with impunity using US and UK weapons, the oil-rich kingdom is at the heart of another arms deal controversy.

Spain is currently the seventh largest arms exporter in the world.

The Spanish government has enlisted their monarchy to help consolidate that reputation. An upcoming state visit by Spanish King Felipe VI from January 14-16, to be hosted by Saudi Arabia's King Salman bin Abdulaziz Al-Saud, will provide plenty of opportunities for high-level schmoozing.

There will be a great deal of scrutiny on the pair.

Spanish media has claimed that at stake is a lucrative deal for Spain to sell Avante 2200 corvette warships for an estimated US$2.1 billion.

"We can only confirm that negotiations are very advanced to build five warships which would be sold to the Saudi navy," a spokesman for state-owned Spanish ship builder Navantia told AFP.

However, the deal has been criticized by human rights groups as illegal, as they claim the ships could be deployed by the Saudis against civilians in their on-going Yemen campaign.

A Saudi-led coalition began air strikes in Yemen in March 2015 last year in support of ex-President Ali Abdullah Saleh, who had been pushed into exile by Houthi rebels.

With numerous documented attacks against civilian targets, including hospitals and schools, the fighting in Yemen has left the population devastated.

Supply lines of food into the country have been cut, leaving almost 70% of the population in dire need of food aid to live. Severe malnutrition stalks the country with babies and children dying by the hundreds.

© AP Photo / Hani Mohammed, File
In this Sept. 8, 2015 file photo, children play amid the rubble of a house destroyed by a Saudi-led airstrike in Sanaa, Yemen

Many of the weapons used by the Saudis were bought from the UK and US.

Saudi Arabia has the highest military expenditure per capital of anywhere in the world.

If this warship deal with Spain is concluded, it will also be part of a marked rise in Spanish arms dealing.

Spanish arms exports jumped by 55 percent in 2011-15 from the previous five years, according to the Brussels-based Group for Research and Information on Peace and Security.