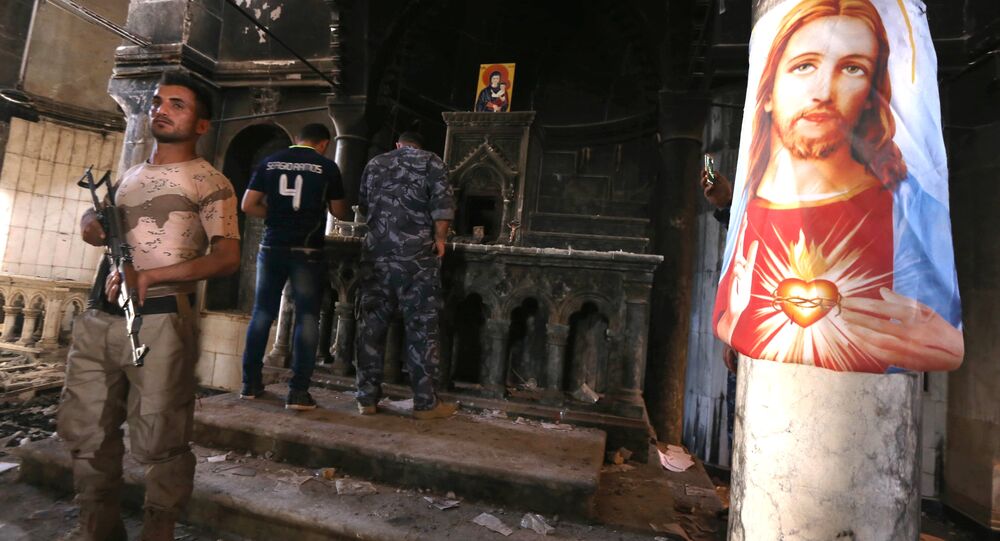 Christians are the "most harassed and intimidated" religious group in the world, being routinely persecuted for their beliefs, a European Parliament report has found – a judgement seemingly at odds with high and rising levels of Islamophobia documented in Europe over 2016.

The Annual Report on Human Rights and Democracy in the World suggests Christians are currently the world's most harassed and intimidated religious group, including in Europe, and are said to "routinely suffer religiously motivated persecution."

Annual Report on human rights and democracy in the world and the European Union’s policy on the matter 2015 https://t.co/JeU4ZzipGJ

It also notes that some of the globe's oldest Christian communities are in danger of disappearing, particularly in the MENA region.

As a result, the report calls on the UN Security Council (UNSC) and the International Criminal Court (ICC) to investigate violations committed against Christians, and the EU and its Member States to improve legal protections for them.

The findings echo those of Open Doors' World Watch List, which examines levels of Christian persecution worldwide. Its analysis for 2017, claimed that for the fourth year in a row, the level of persecution had risen overall, particularly in Asia.

It concluded Christians "live their lives against varying levels of discrimination, discovery, violence and threat of arrest" the world over.

"For the third year in a row, the modern persecution of Christians worldwide has hit another record high." https://t.co/po4d2p33x9

No European countries are included in the World Watch List, although Turkey stands at 37, having climbed eight places since 2016.

It states that since the failed coup of July 2016, the level of intolerance against Christians has "intensified," as Turkish nationalism, combined with "increasing Islamization" of Turkish society, means the tiny minority of Christians in the country "face growing pressure, which increasingly translates into violent incidents."

It also alleges there are serious implications for Turkish Muslim converts to Christianity, as they often experience intense pressure to return to Islam.

Nonetheless, while other faiths are mentioned in the European Parliament report — it condemns "all acts of violence and persecution, intolerance and discrimination" against every religious group — the presence of religions such as Hinduism, Judaism and Islam is slight in comparison to Christianity. This does not seem to square with demonstrably growing levels of Islamophobia the world over, particularly in Europe, in recent years.

In 2016 alone, French police conducted unauthorized raids on Muslims, a Muslim prayer hall was vandalized in Corsica, two men were arrested in the UK after throwing bacon at Muslims, a Paris shop was ordered by authorities to stock pork and alcohol or be shut down, the Czech President caused arms sales to surge in the Republic after suggesting Muslims were planning a "super holocaust," an anti-Islamophobia group were abused and threatened at the Conservative party conference and the Center for the Analysis of Social Media found Islamophobic tweets had reached an all-time high.

Moreover, the burkini was banned at beaches across Europe, Muslim communities in many countries were subjected to heightened levels of abuse, then-Presidential hopeful Donald Trump called for the spying upon and torture of Islamic terror suspects, and a French mayor dispatched police to an elementary school after it added Arabic to its language curriculum.

© REUTERS / Neil Hall
Protesters demonstrate against France's ban of the burkini, outside the French Embassy in London, Britain August 25, 2016.

The European Commission against Racism and Intolerance also issued a report condemning Member States for failing to tackle the rise in Islamophobia.

Around 1,200 Christians Killed Globally Within Year