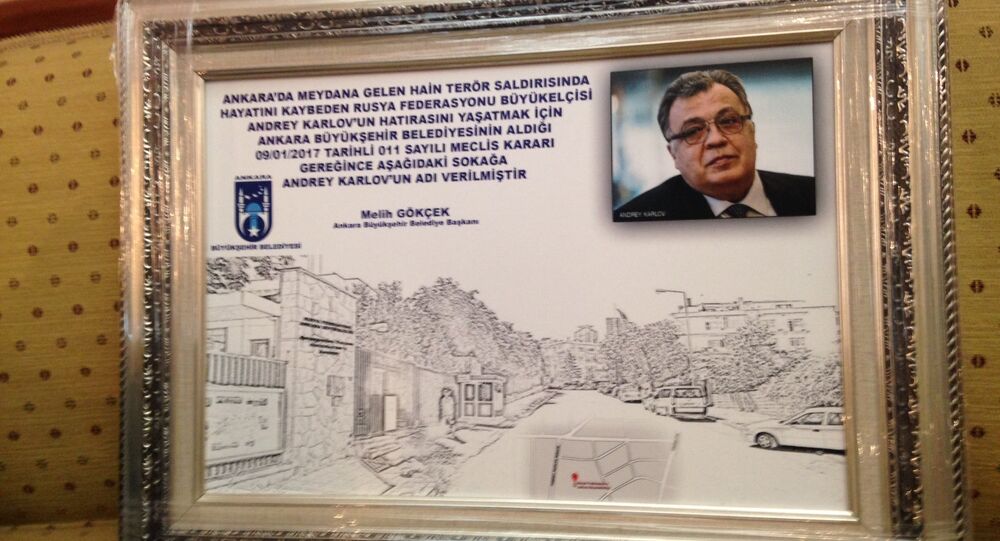 Moscow hopes that all organizers and accomplices of the assassination of Russian Ambassador to Turkey Andrei Karlov will be brought to account.

MOSCOW (Sputnik) — Moscow hopes that all those involved in the murder of Russian Ambassador to Turkey Andrei Karlov will be held accountable, Russian Foreign Ministry spokeswoman Maria Zakharova said Thursday.

"The investigation, which is carried out by Turkish law enforcement agencies in close cooperation with the Russian investigation group continues. According to available information, a few people have been detained on suspicion of involvement in this terrorist act," Zakharova said.

"We hope that all its organizers and accomplices will be identified and brought to account," she said.