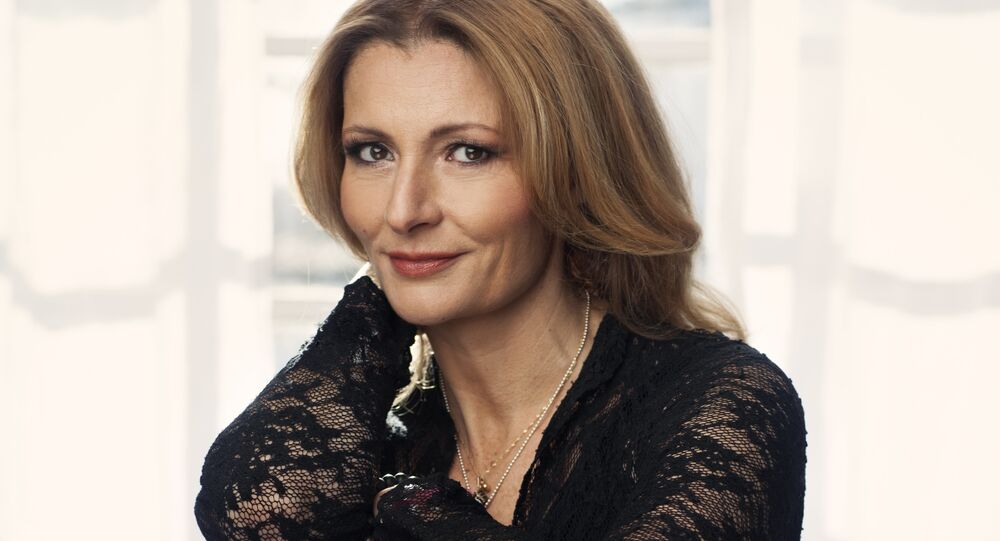 Sometimes, things appear different from a distance. A Czech-Swedish journalist has recently raised hell in Sweden by portraying the Nordic country in a considerably unfavorable light. The Swedish media were quick to stigmatize the dissident journalist as a "spreader of Russian propaganda."

© Flickr / Anders Lejczak
Fear of Rape on the Rise Among Swedish Women, Study Finds
Earlier this week, Prague-born journalist Katerina Janouch appeared in a half-hour-long interview with digital Czech TV channel DVTV, in which she described Sweden, which proudly touts itself as a champion of human rights and a 'humanitarian superpower', as a country that is getting crushed by mass migration and its faulty integration policy.

In her interview with DVTV, Janouch talked about her own feeling of insecurity, which reflects recent statistics which reveal that a third of Swedish women appeared to suffer from anxiety due to higher crime rates, particularly sexual assaults. Katerina Janouch admitted that she had started taking marksman classes so that she would be able to defend herself if attacked.

"I do not feel safe. More and more Swedes are learning how to shoot," Janouch said, as quoted by the Swedish daily Dagens Nyheter.

© AFP 2020 / TT NEWS AGENCY / STIG-AKE JONSSON
Islamist 'Morality Police' Lurk in Troubled Swedish Suburbs
Furthermore, Janouch lashed out against Sweden's pet policy of multiculturalism and diversity by describing it as some sort of symbolic man-made multicultural hell. Janouch spoke about the seamy side of Sweden's renowned welfare society, addressing taboo issues such as no-go zones where the police themselves are afraid to tread, the rise of sex-related violence, jihadism, the housing crisis and emigration among the younger generation — all of which are exacerbated by the ongoing migration. At the same time, she conceded that a little multiculturalism was actually good.

"But too much of it… It's like oversalting food," Janouch said.

In no time, Dagens Nyheter columnist Hynek Pallas accused her of spreading "Russian propaganda," which is the most common way the Swedish media describes unorthodox or contradicting viewpoints.

According to Janouch, this is only an excuse to avoid talking about real problems.

"I'm shocked and surprised. I could never even imagine someone would say anything like that," Janouch told Swedish news outlet Nyheter Idag.

© Flickr / Sunny Ripert
In US Footsteps: Sweden Claims Sputnik to Influence Elections, Presents Evidence-Free Report
Janouch responded to the criticism by boasting that her supporters had filled her mailbox within minutes.

"The absolute majority [of the senders] expressed deep gratitude and supported the fact that I said things they themselves have been thinking and feeling. Many people write that they do not dare to express their concerns," Katerina Janouch wrote in her response in Dagens Nyheter.

According to Janouch, Sweden is a generous and sympathetic country that was taken by surprise by the extreme refugee influx of 2015. Today, Swedish politicians are left solving an equation that does not add up, she wrote, comparing Sweden with a dysfunctional home.

Janouch dealt an additional blow to the country's pride by arguing that Sweden has problems with freedom of speech.

​"If we cannot discuss things openly, then we are in trouble. If those who criticize politicians are labeled racists, fascists and Nazis, I'm really scared of what is happening in Sweden," she wrote.

© CC BY-SA 2.0 / Teza Harinaivo Ramiandrisoa / Pregnant woman
Expectant Mothers Sent From Sweden Amid Migrant-Propelled Baby Boom
To crown it all, she pointed out the hilarious fact that Dagens Nyheter, one of Sweden's most respected morning newspapers, was itself identified as a spreader of "Russian disinformation" in a recent report by the Swedish Institute of International Affairs (UI).

Katerina Janouch (originally Kateřina Janouchová) is a Czech-born Swedish writer and journalist. After studying art history and literature in university, she went on to work as an editor and journalist for, among others, Expressen and Civilekonomen. She became known to a wider audience after contributing as a sex advisor in a number of Swedish newspapers. Janouch has five children and is known as one of the founding figures of Swedish Elle. In addition to her journalistic activities, Janouch has also written novels and non-fiction books for children and adults, some of which recount her own experience dealing with her husband's long-term alcohol and cocaine abuse.