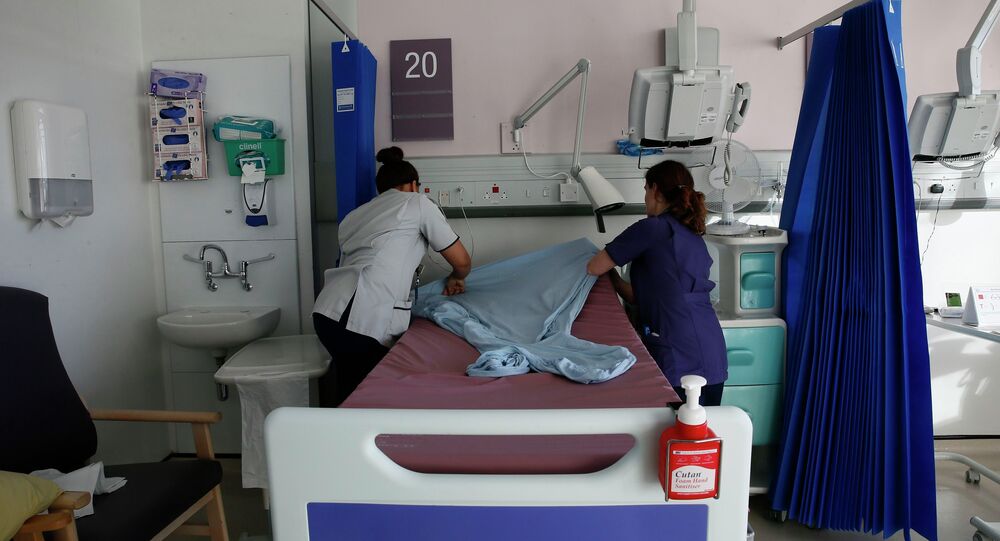 According to media reports, at least 23 UK hospitals have declared the highest level of alert this week as the facilities are struggling to cope with the overcrowding.

© Photo : Pixabay
'Dr Wannabe': Woman Banned From Every UK Hospital for Impersonating Doctors
MOSCOW (Sputnik) – At least 23 UK hospitals have declared the highest level of alert this week as the facilities are struggling to cope with the overcrowding, local media reported.

“Emergency departments are overflowing with patients, internal major incidents are being declared around the country and staff in emergency departments are struggling to cope with the immense demand being placed on their services,” Dr Taj Hassan, president of the Royal College of Emergency Medicine, said, as quoted by the Guardian newspaper on Wednesday.

The Royal College of Emergency Medicine warned that the situation could get even worse due to weather conditions and falling temperatures.

Hassan added that the “crowded environments are stretching the clinical workforce to their limits and, more importantly, at times are unsafe for patients.”

Pressure on hospitals to accommodate emergency patients has led to the cancellation of operations, adults being treated in children’s wards and the closure of a birthing center at Royal United hospital in Bath. Some hospitals, such as University hospitals of Leicester NHS trust, declared a “system critical incident,” which surpasses the black alert.

In October, hospitals were told to declare what is called a black alert in the event they were “unable to deliver comprehensive care [and] there is increased potential for patient care and safety to be compromised”.