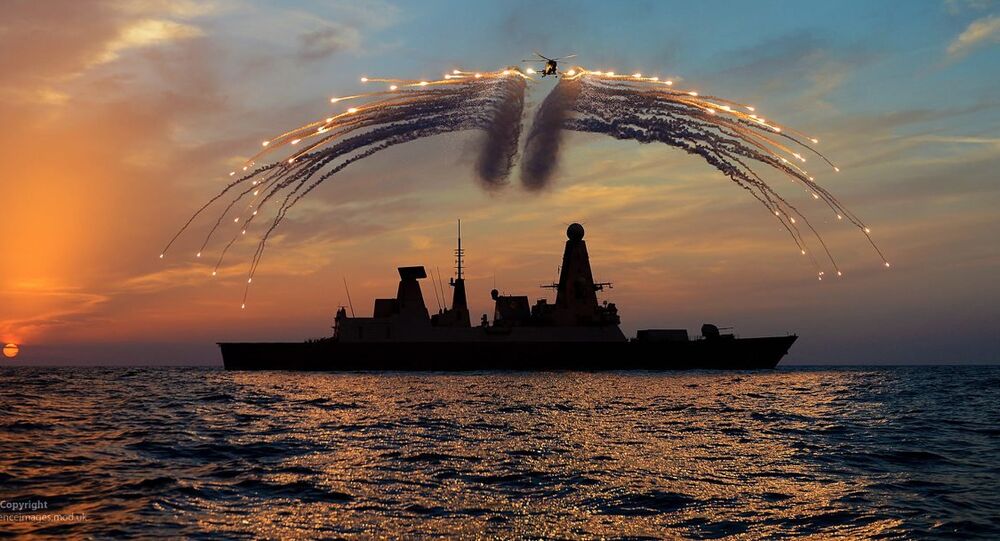 At a January 10 meeting in London with British Defense attachés, Defense Secretary Michael Fallon called on UK military diplomats to capitalize on the country's expanding overseas "security" network to deliver "prosperity" for Britain – a move some observers state suggests a yearning for a return to the days of British imperialism.

The move followed a flurry of similar hubs being unveiled over the course of the year in Albania, Finland, Gambia, Georgia, Latvia, Lithuania, Mali, Niger and Senegal, bringing the UK's total number attachés to 120 in 80 countries worldwide, on top of non-resident attachés in a further 81 countries.

For historian Mark Curtis, these developments are a reflection of the UK's desire to restore its imperial importance in the world, an aspiration that has been further animated by the prospect of Brexit.

He states these aims have "deeply worrying" implications for global poverty, inequality, climate change and war.

3,000 British troops are ready, supported by @NATO allies, to respond to any threat to the alliance https://t.co/rFxBAMhsQh https://t.co/KUaOtQq2Gk

Within weeks of the June 23 referendum, the head of the Royal Navy, First Sea Lord Admiral Sir Philip Jones, gave a speech to City of London representatives in which he pledged UK armed forces would "closely support the UK's own prosperity."

"At the height of Empire, the UK was the guardian of maritime trade. It was naval power that opened China and Japan to Western markets. Now, as the government looks to extend the UK's economic partnerships, as signified by the creation of a new Department for International Trade in the last two weeks, the Royal Navy's role in supporting prosperity rises to the fore once more," Jones said.

In a speech to an audience in Washington in October, Jones said, that as the UK Government seeks to extend economic partnerships post-Brexit, the Royal Navy stands ready to be melded and aligned "for best effect" with the country's "growing global ambition."

"Continued investment [in the Navy] is a powerful sign that far from being a diminished nation and withdrawing from the world, the United Kingdom has both the intent and the means to protect our interests, shoulder our commitment and support our partners across the globe," he added.

These sentiments are echoed by Global Justice Now, in a report issued in November 2016, titled Dreaming of Empire?.

For instance, it notes that since Theresa May's coronation as Prime Minister in July, imperial impulses have frequently been on show. In September, May hosted the Emir of Qatar, to promote foreign investment in British defense. She dubbed Qatar a "natural partner" of the UK.

In October, May hosted the King of Bahrain, Hamad bin Isa al Khalifa. She reiterated the UK's "firm commitment to the security of the Gulf," and praised the King's "ongoing domestic reform program."

There have also been royal visits to Oman and the United Arab Emirates, with the government reaffirming its commitment to building two military bases in Bahrain and Oman to accommodate the UK's two new 65,000-tonne aircraft carriers.

UK is already building two new military bases in #Bahrain and #Oman, to ‘project power’ in the Middle East https://t.co/9KEPzAhJy1

"Britain is set to increasingly promote a failed model of international trade that will impoverish developing countries still further. It will pursue an aid strategy that supports corporations, neo-liberal economic objectives and wider British foreign policy. Britain is also on course to ignore human rights in its foreign policy even more than in the recent past — and it is even threatening to increasingly use its military power to secure its financial and economic interests."