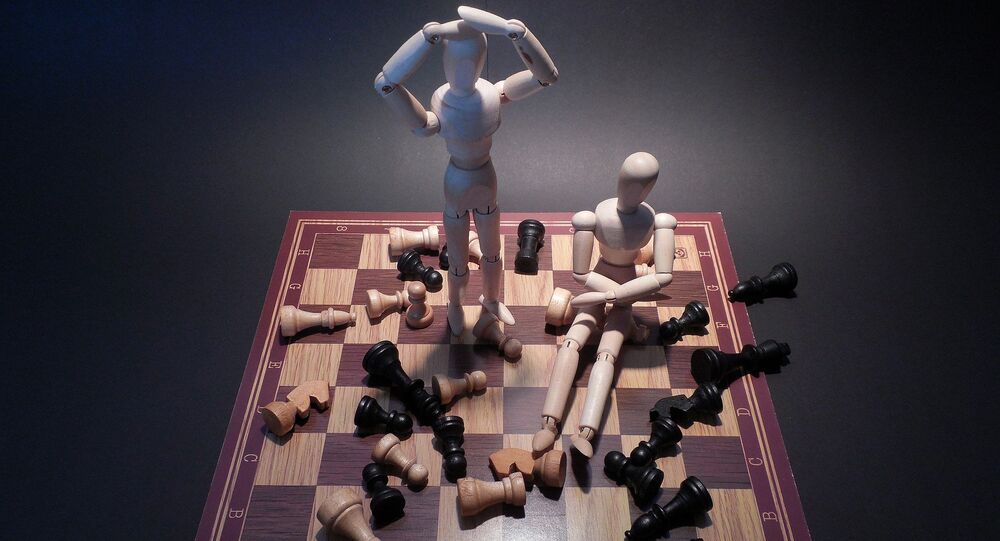 The bitter war of words in the European Parliament over who should be its next president has boiled over amid claims of treachery which could lead to the rise in power of "extremists" and "demagogues," according to the leader of its biggest political group.

Manfred Weber, who chairs the European People's Party (EPP) group in the European Parliament, has accused the second biggest party, the Socialists and Democrats (S&D), of reneging on a long-standing deal to share the presidency — on an alternating basis — between the two parties, claiming the collapse of the deal could lead to a rise in extremism.

The outgoing president, Martin Schulz — a Social Democrat — was due to be replaced, under a long-standing agreement between the EPP and the S&D in 2014, by a nominee from the EPP, Antonio Tajani.

However, the S&D group president, the Italian politician, Gianni Pittella has put himself forward for the presidency, threatening the collapse of the "grand coalition."

A deal is a deal for European Parliament President pic.twitter.com/goNYvOuxZm

​Both political groups are pro-European who joined forces in order to dominate the EU agenda and prevent right-wing non-federalists — suck as Britain's UKIP (UK Independence Party) and the Italian Five Star Movement — dominating the work of parliament. The so-called "grand coalition'"between the two groups has dominated the work of parliament since 1987 (apart from a short rift in the fifth parliament).

"They are not following the agreement and that gives the extremists an influence on the decision-making process. It's a tragedy," Weber said.

In a letter to EPP politicians, Weber said the time was not right for political infighting, "Not at a time when demagogues are challenging Europe as a whole".

The row between the EPP and the S&D group spreads through all three institutions of the EU. The European Commission President Jean-Claude Juncker and the Council President Donald Tusk are both EPP members and the S&D believe the EPP should not be entitled to hold the presidency of the Parliament as well.

10 proposals for a European Parliament that is effective, transparent and closer to citizens. #Gianni4President ➯https://t.co/oVSiKdtPW8 pic.twitter.com/2rNCGF39H0

​"It should be clearly stated that it is not written anywhere that there had been an agreement that all three EU institutions should be run by the EPP. Over the last decades MEPs have shown in their daily work and on the basis of the vast amount of legislation they have adopted, that we do not need a grand coalition to ensure stability in this House," Jens Geier, from the S&D group said.

The deal between the EPP and the S&D has also been dealt a blow by the Liberals and Democrats ALDE group, whose leader, the former Belgian PM Guy Verhofstadt is also standing for the presidency. The other candidates are: Helga Stevens, MEP, European Conservatives and Reformists Group; Laurenţiu Rebega, MEP, Europe of Nations and Freedom Group; Eleonora Forenza, European United Left-Nordic Green Left Group; and Jean Lambert, Group of the Greens/European Free Alliance.

EU Parliament Will Resort to 'Blackmail' Over Brexit Talks - Expert