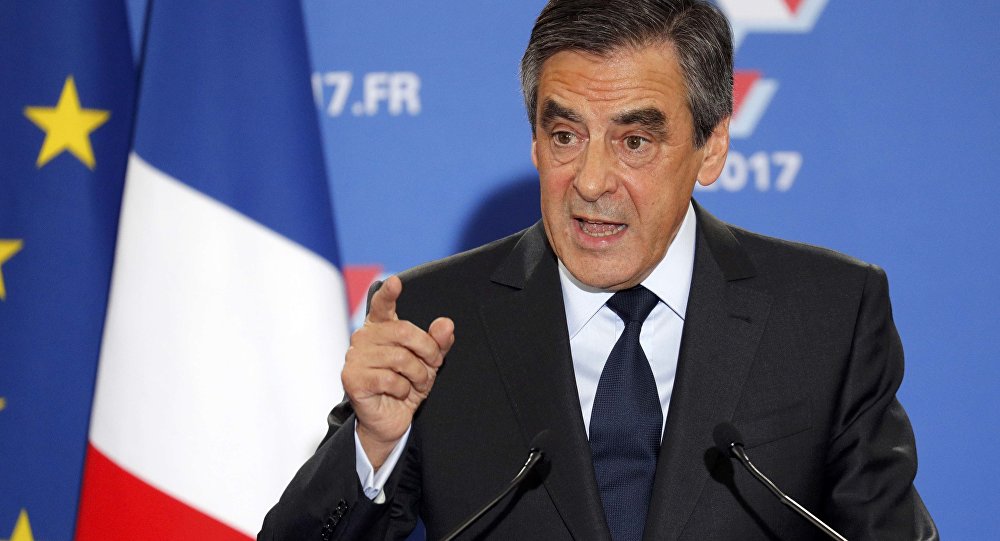 © REUTERS / Philippe Wojazer
Fillon Camp Distances From Assad's Praise of French Presidential Hopeful's Stance on Syria
PARIS (Sputnik) — Former French Prime Minister and current presidential candidate Francois Fillon said on Tuesday he would meet German Chancellor Angela Merkel to discuss the future of Europe and his own vision of it.

"In a few days I will meet Angela Merkel to present her my vision of Europe's future in details," Fillon told reporters.

He added that a number of issues, such as the victory of Donald Trump in the US presidential elections and the December truck ramming attack in Berlin, had changed the agenda of Europe, and Paris should use the opportunity to mobilize the European Union to preserve the bloc's values and strategic priorities.

According to Fillon, French diplomats should also become more active, creative and increase their own significance.

The French presidential elections are expected to take place in April and May 2017.

Poll: Over Half of French Citizens Prefer Macron to Fillon as President

France and Germany Push to Prolong the Sanctions