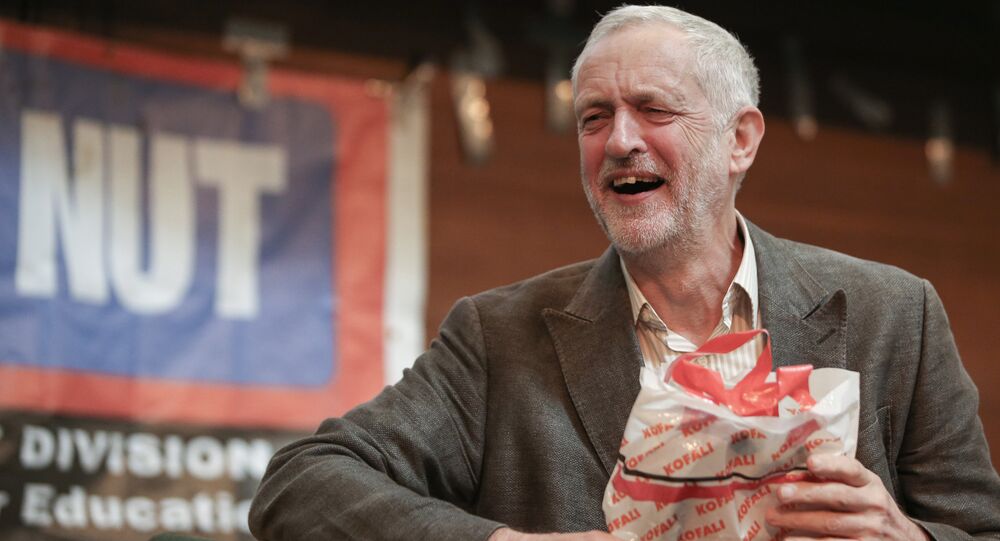 Labour leader Jeremy Corbyn has called for a maximum wage for the highest earners in Britain - although reactions among economics professionals and the public have been extremely negative.

While stopping short of announcing a dedicated policy on income, Jeremy Corbyn said urgent action was necessary to address inequality in Britain, noting the UK was the seventh most unequal of the 35 OECD countries, and branded the salaries paid to many UK footballers and FTSE executives "utterly ridiculous."

​A maximum wage, he said, would benefit taxpayers by creating jobs, with more profits going back into businesses and society as a whole as result.

Top 1% of taxpayers pay 27% of income tax. Corbyn's maximum wage cap means either less tax revenue for the NHS, we all pay more tax or both.

I'm interested by Corbyn's comments re maximum earnings limit. If there's a minimum wage then why not a maximum?

Asking how or why anyone would possibly need to earn more than 50 million annually, he stated there was a "grotesque" disparity between "telephone number salaries" at the top of society, and average wages.

Labour Lord Stewart Wood was supportive of the philosophy behind a maximum wage, but not the idea in practice.

"Corbyn's put his finger on something [that is a] huge public concern — polls suggest two thirds of Britons are worried about runaway pay at the top," Lord Stewart told Sputnik.

"However in policy terms, I think what he suggested is unfeasible. A minimum wage is easy to police, a maximum much more complicated. It would need to vary for different sectors, it would lose tax revenue, and would likely create an offshore black market for hiding restricted gains.

"If you want to curb executive pay, force FTSE companies to publish salary information, impose remuneration committees with workers on them that set pay, and establish codes of practice for calculating incomes," Lord Stewart added.

"I would like to see a maximum earnings limit," says Jeremy Corbyn. Another nail in the coffin of aspiration.

Mark Littlewood, director general at the Institute of Economic Affairs, said the suggestion was "dangerous," likening it to a "100 percent income tax rate" that would incentivize high earners to leave the UK.

"A maximum wage cap is an economically misguided policy and would result in lower standards of living for all, including the poorest members of our society. High earners do not deprive others of wealth — in fact, not only does wealth create more wealth by purchasing goods and services and creating more and better-paid jobs, it enriches those around them. We want more millionaires and billionaires who can contribute to our economy in this way, not fewer. Corbyn has not properly thought this proposal through," Littlewood said.

Why should we discriminate against wage earners (as opposed to those with incomes from other sources)?

Littlewood's sentiments were echoed by Sam Bowman, executive director of the Adam Smith Institute, who dubbed them "completely bananas."

"The strategic decisions top bosses make affect every part of their firm, and multinational corporations are right to spend what it takes to attract the best business leaders.

"If you're a worker for a FTSE 100 firm, this is bad news: your job security and wages will suffer, as your company isn't led by the best people in the world. If you're saving for a pension, this is bad news: the value of your savings will suffer as British firms become less productive, starved of global top talent. If you rely on the NHS or other public services, this is bad news: tax revenues will fall as these highly-paid executives move abroad," Bowman said.