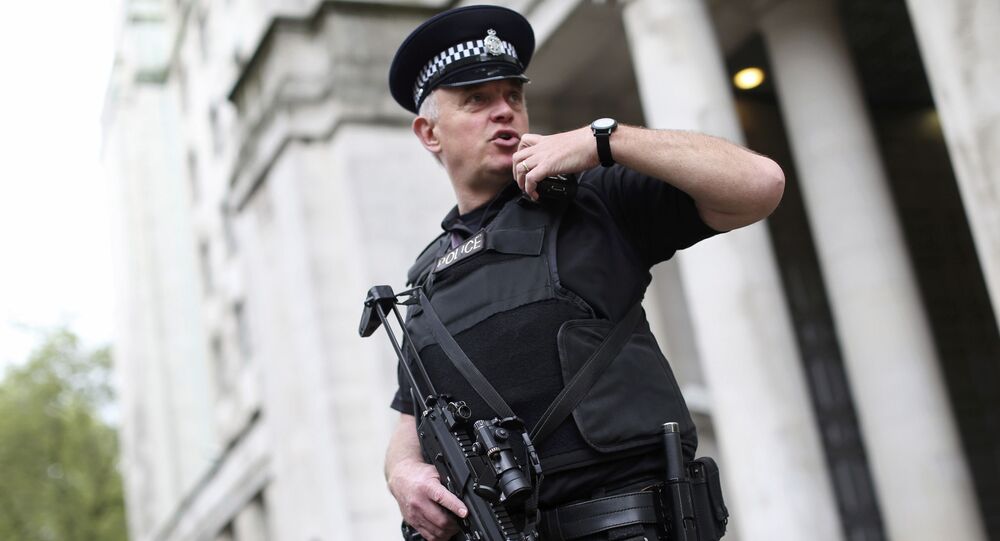 'To Arm or Not to Arm?' Survey Asks UK Police Amid Europe Terror Threat

Guns or the distinct lack of them is what sets British police officers apart from the majority of their international and European counterparts on the street; front-line police officers do not carry weapons as standard.

"Bobbies on the beat" who are on the front line do not carry guns, but the question of whether they should or shouldn't, is raised periodically.

Most notably, after the deaths of two female police officers in 2012 who were shot dead after responding to a routine 999 call near Manchester, UK.

My heart goes out to the family and friends of the two female police officers shot dead today in Manchester, England.

Fiona Bone, 32 and Nicola Hughes, 23 were responding to a routine report of a burglary in Greater Manchester when they were killed by gunfire and a grenade.

The Chief Constable of Greater Manchester Police, Peter Fahy said at the time, despite losing two of his officers, that his force remained "passionate that the British style of policing is routinely unarmed policing."

"Sadly we know from the experience in America and other countries that having armed officers certainly does not mean, sadly, that police officers do not end up getting shot."

A survey carried out in 2006 of 47,328 Police Federation members found that the majority, 82 percent, did not want to be routinely armed on duty.

Just over a decade later, and 32,000 Federation members are being asked again if they want to carry a gun.

The Metropolitan Police Federation has launched a survey to find out whether or not more than 30,000 police officers in London want to be armed or not.

The formal question to the members will find out if they would be willing to carry a gun, a Taser, or if being armed puts them off the job altogether?

The recent terror attacks in Europe have also pushed the gun-carrying agenda forward. In response to the terror attacks, Scotland Yard deployed 600 armed police officers across the capital.

The question remains however, is that enough?

"We're not an armed force, we never have been. But the terrorism threat in London is constant and our officers must be vigilant and be able to deal swiftly with any scenarios we face," Ken Marsh, chair of the Police Federation said.

Chairman Ken Marsh: The first process is to ask all my colleagues on whether they want to carry Taser and guns. The public will be involved

"We are moving closer towards that by arming 600 more officers and I think it's only fair that we ask our colleagues who go out there on a daily basis — what they want."

Chairman Ken Marsh on Firearms/Taser: "I think it’s only fair that we ask our colleagues what they want." https://t.co/7e5HN2VhxF pic.twitter.com/oiyM3Tba4P

"The position of the Met and the Commissioner is clear — we are proud to maintain the tradition that police in this country are not routinely armed," a spokesperson for Scotland Yard said.

"The routine arming of the Metropolitan Police is not supported.

"About 92 percent of the service is unarmed and armed policing is delivered by highly-trained specialist units. There is no plan to see to change this."

The survey carried out by the Met Police Federation will run until the end of January 2017.