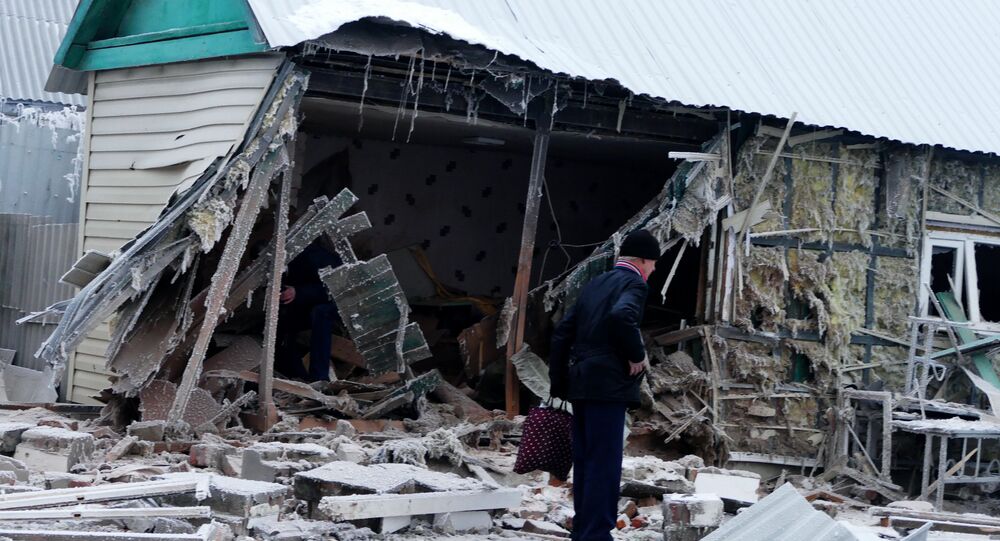 Tensions in Donbass will build up until US President-elect Donald Trump and his team come to power, Vadim Kolesnichenko, President of the International Council of the Russian Compatriots, told Radio Sputnik.

"In general, the Minsk agreements have died on the vine. Clashes take place each day. Ukraine's Armed Forces shell the Donetsk People's Republic and the Luhansk People's Republic each day. It is safe to assume that the conflict will escalate until the new administration moves into the White House," he said.

© AFP 2021 / YURIY DYACHYSHYN
Ukraine Says to Make Firearms in Accordance With NATO Standards, M16 to Be First
Kolesnichenko pointed out that the Trump team is unlikely to adhere to Barack Obama's policy with regard to Ukraine.

"It has become clear for Ukrainian leadership that Trump's stance is relatively different and that Europe has become tired of the Ukrainian issue. This is like a knife into the heart for Kiev," he said.

Kolesnichenko further commented on the news that foreign advisors arrived to train the Ukraine's Armed Forces, saying that they should be taken seriously.

© AP Photo / Mikhail Palinchak/Presidential Press Service
Glory to Heroes: Newly-Decorated Ukrainian Soldiers Stranded in Cold Hangar for New Year
"Foreign advisors do not represent official armed forces. This is a so-called 'army of retired servicemen.' These are mercenaries who work for money, but they should not be underestimated. These are highly-skilled experts, 'wild geese,' as they were once called. They fulfil their tasks. This is why they are dangerous. They are capable of carrying out sabotage attacks, a frequent site Donbass lately," he said.

The analyst suggested that Kiev will fail to spark a large-scale combat.

"I don't think that Kiev will be able to drag Russia, Donetsk People's Republic or the Luhansk People's Republic into a major armed conflict since Ukraine's Armed Forces are in fact in a state of utter demoralization. No one wants to fight. However when an aggressive animal is dying, it is capable of inflicting massive damage. Ukraine's Armed Forces are dangerous; they are afraid of themselves," he said.