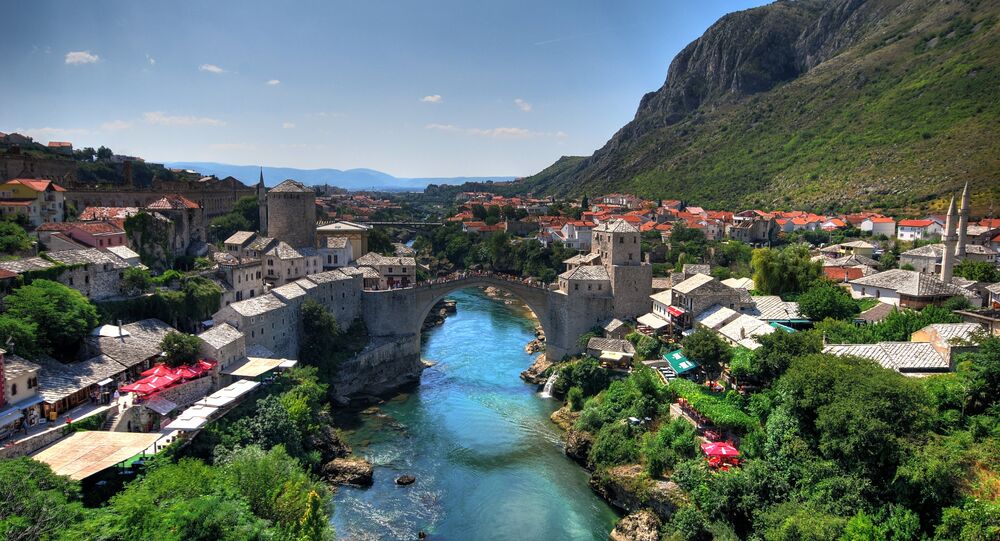 The authorities of the Sarajevo Canton announced in December that there would be no alcohol served during an open-air New Year party in the capital of Bosnia and Herzegovina to usher in 2017.

© Photo : Youtube / Općina Hadžići
Bosnia's First Arab-Only Village Where Locals Are Not Welcome (VIDEO)
The surprise decision to ban the sale of hard drinks in a country  which, according to the  World Health Organization’s Global Status Report on Alcohol and Health, was Europe’s hardest drinking country as recently as in 2011,  raised fears that Sarajevo was on the way to become a place where Sharia law rules supreme.

© AP Photo
Over 100 Daesh Recruits Returned to Bosnia From Syrian Conflict - Bosnian Interior Minister
Meanwhile, the first all-Arab village has appeared in Bosnia  and Herzegovina. Each  house in this new development is owned by Arabs. During the summer season, Bosnians and Serbs are not even admitted, according to the Bosnian portal biznisinfo.