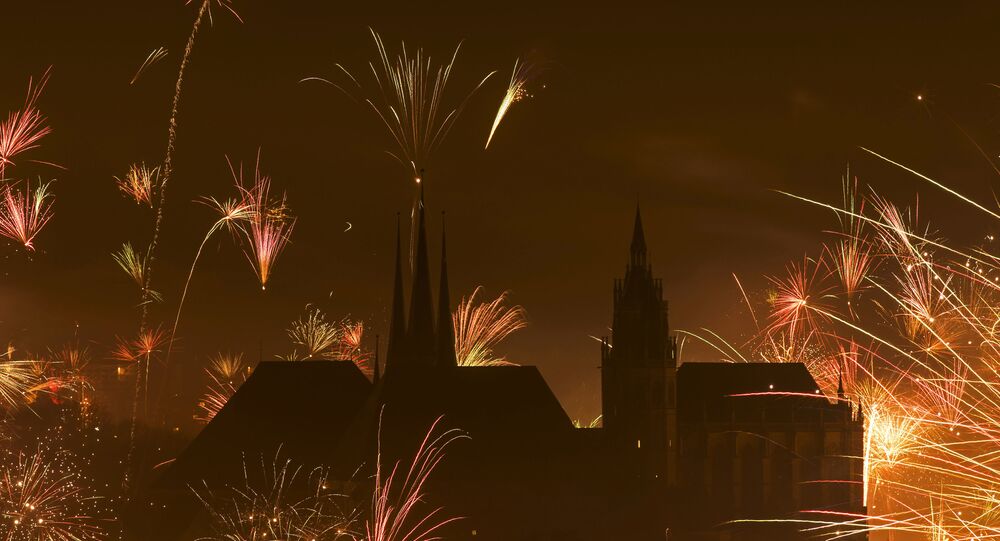 German police and local newspapers are scratching their heads over a Breitbart story about a mob setting a church alight in their town that bears no resemblance to reality.

On January 3, Breitbart reported that "Germany's oldest church" had been set ablaze by a thousand-strong group of men chanting "Allahu akbar," citing the local paper Ruhr Nachrichten. The article also noted mockingly that the night was called "quiet" by local police.

The problem is, the composite image Breitbart created out of separate incidents that night does not represent the actual, relatively calm celebration of the New Year in Dortmund.

Yes, Ruhr Nachrichten reported January 5, there was a small fire at a church on New Year's Day. A celebratory firework set some scaffolding netting ablaze for a matter of minutes; the church itself was never in danger. The police have "no knowledge that the rocket was intentionally fired," a spokesperson told the paper. The church also isn't Germany's oldest.

As local media reported, throughout the evening groups of men large and small passed through the city center, and at one point a group of about 1,000 gathered in a central square. Fireworks were set off, most thrown into the sky, it appears in video, though some were thrown into crowds and aimed at police. A group of men chanted with a Syrian flag. The local paper notes that "there were no signs that terrorists were celebrating in Dortmund."

The local police, who were out in force that night, reported that the night was quiet overall and that only 185 citations were issued that night, down from 421 the previous year.

​​In fact, Dortmund has recently had brushes with violence - of the far-right variety.

The Guardian reports that tens of thousands read and shared the dishonest Breitbart version of events. "The danger is that these stories spread with incredible speed and take on lives of their own," Justice Minister of Hesse State Eva Kühne-Hörmann.

German Chancellor Angela Merkel has been voicing concerns about "fake news" for the past few months. "I believe we should not underestimate what is happening in the context of the Internet and with digitalization; this is part of our reality," she told the German Parliament in November. "We have regulations that allow for our press freedom, including the requirement for due diligence from journalists. Today we have many that experience a media that is based on very different foundations and is much less regulated."

The German government has also proposed creating an "anti-disinformation center" to combat iffy online information, though much of the motivation for that seems to be to combat "Russian propaganda."

Breitbart's story remains online, without corrections. The company has announced plans to expand into France and Germany.

Fire in Migrant Center in Western Germany Injures About 50