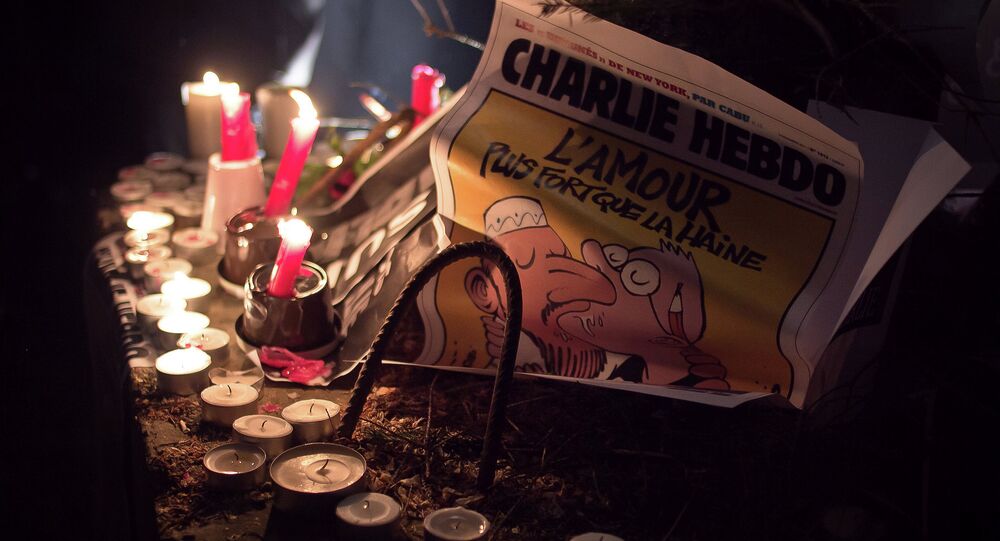 France is commemorating the victims of the Charlie Hebdo attack, which took place exactly two years ago.

PARIS (Sputnik) – A small commemorative ceremony was held in front of the magazine’s former headquarters on Thursday. Mayor of Paris Anne Hidalgo, French Interior Minister Bruno Le Roux and Charlie Hebdo representatives brought flowers to the memorial plaque at the site of the tragedy.

© AP Photo / Francois Mori
Charlie Hebdo Alerts Paris Police Over Death Threat on Social Media
On January 7, 2015, the Paris office of Charlie Hebdo was attacked by Islamist gunmen who killed 12 people and wounded 11 others after the magazine published caricatures of the Prophet Muhammad.

Since the attack, many caricature artists left the magazine amid security concerns. Currently, Charlie Hebdo employees work under heightened security conditions and the address of the office is being kept secret.

Charlie Hebdo is known for publishing controversial caricatures. In 2015, the notorious edition published two cartoons of the Russian A321 plane, which crashed on October 31, 2015, en route from the Egyptian resort city of Sharm el-Sheikh to the Russian city of St. Petersburg. All 224 people on board, including 25 children, died.

In December, the magazine published a caricature on the Russian Defense Ministry Tu-154 deadly aircraft crash in the Black Sea.