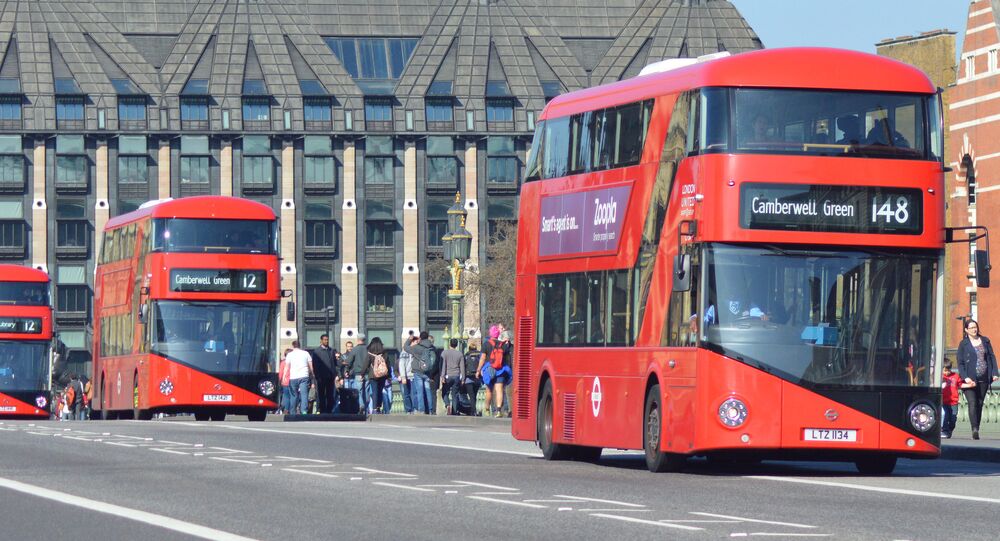 "Tackling London’s filthy air is one of my main priorities and I am delighted to be delivering on that commitment by introducing these new Low Emission Bus Zones. Removing the oldest, dirtiest buses from our streets will make a big contribution to tackling transport pollution," Khan said, as quoted by the Evening Standard newspaper.

According to the media, the buses will operate along 12 of the most polluted routes in the city to help reduce nitrogen dioxide levels by 84 percent over the next three years. The first route will begin operating in March, with nearly 150 buses due to be fitted with anti-pollutant systems or be replaced by low emission buses. Further 459 buses will follow in October.

© Sputnik / Collage
Brexit to Improve UK Ecology – Ex-Environment Secretary to Sputnik
The measure will be accompanied by a 50-million-pound investment to improve road layout to ensure buses have priority.

The mayor has also stated that Transport for London will phase out diesel buses, purchasing only hybrid or zero-emission double-decker buses from 2018.

In May, Khan, who pledged to work on giving Londoners the opportunity "not to survive but to thrive," promising better wages, security and a cleaner and healthier city, announced his plans to introduce a new package of measures to deal with air pollution in the UK capital.

Each year about 9,500 people die in London because of long-term exposure to air pollution according to King’s College London research.