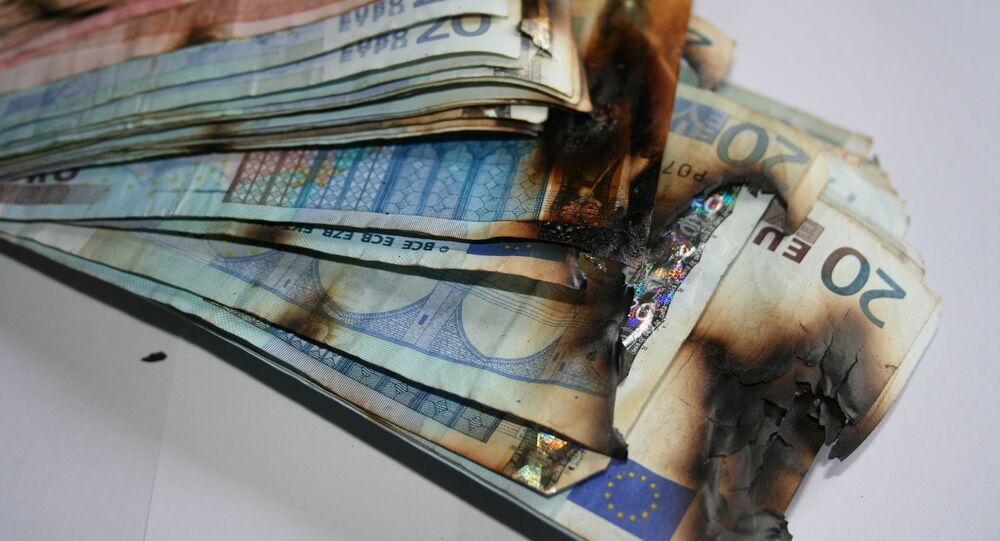 Marine Le Pen's proposed method to abolish the euro appeals to Europeans who remain skeptical about the single currency, 15 years after its introduction.

© Photo : Pixabay
Poll Finds Disunity in EU Ranks, 'Things Are Going in the Wrong Direction'
On Wednesday the leader of France's Front National party Marine Le Pen outlined her proposal for the return of the French franc, 15 years after it was phased out of use in favor of the Euro single currency.

Le Pen proposed using the European Currency Unit (ECU), a unit of account for EU member states based on a basket of their national currencies.

It was adopted in 1979 along with the European Monetary System (EMS) of closer monetary policy co-operation. The ECU was a reserve asset, for which EMS member states exchanged gold and dollars and used as a means of settlement. The EMS comprised a set of fixed currency exchange rate margins, calculated using the ECU and controlled through the Exchange Rate Mechanism (ERM).

On January 1, 1999, the ECU was replaced as the electronic unit of account by the euro, which became legal tender three years later.

"A national currency co-existing with a common currency would not have any consequences on the French's daily life," she added.

© Sputnik / Vin Sharma
How Failed Capitalism Opened Pandora's Box, Unleashing Trump, Le Pen, Farage
Before the introduction of the EMS, in 1972 the six member states of the European Economic Community (Belgium, Germany, France, Italy, Luxembourg and the Netherlands) attempted a so-called "snake in the tunnel" system, which was the first attempt to limit fluctuations between the region's currencies.

"A 'monetary snake' is something that appears reasonable," Le Pen said.

Le Pen's skepticism about the euro project appears to be shared by EU citizens, according to a recent Eurobarometer opinion poll carried out for the EU Commission.

The survey, carried out in October 2016, found that support for the euro has declined by five percent compared to 2015, to just 56 percent. The largest declines in support were found in Cyprus (10 percent), Greece (11 percent) and Lithuania (13 percent.)

© Photo : www.ec.europa.eu/public_opinion
Answers from respondents across the euro area
The poll found that on average, women are more hostile to the single currency than men. When asked whether having the euro is a good or bad thing for their country, just 51 percent of women answered in the affirmative, compared to 61 percent of men.

Polls suggest that the low level of support for the single currency is reflected among EU citizens outside the euro area.

An overall majority (53 percent) of respondents said that they thought adopting the euro would have negative consequences for their own country. The countries with the greatest opposition were Czech Republic (70 percent), Sweden (66 percent) and Poland (53 percent).