Members of the European Parliament (MEPs) are calling for the resignation of Commission President Jean-Claude Juncker over allegations that he played a significant role in blocking EU efforts to tackle tax avoidance by multinational companies while serving as Luxembourg's PM and finance minister. 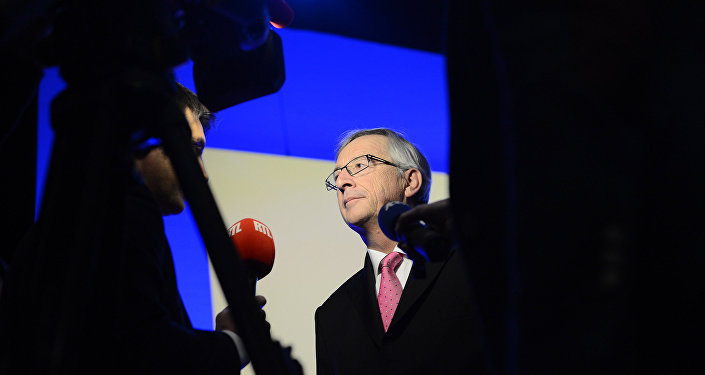 © Flickr / European People's Party
EU Chief Receives 'European Engagement' Award Despite Deep Divisions
Juncker had already come in for criticism after the LuxLeaks scandal, which uncovered a series of sweetheart deals with hundreds of companies to pass profits via Luxembourg in an effort to reduce tax liabilities in member states. Juncker was prime minister of the grand duchy from 1995 to 2013, during which time he also served as finance minister. He has denied having any role in the special tax arrangements.

However, a new set of leaks by the International Consortium of Investigative Journalists (ICIJ), the German radio group NDR and the London Guardian newspaper, allege that Juncker took a close interest in tax affairs and that — under his leadership — Luxembourg managed to block a tax 'peer review' process between member states and an investigation into cross-border tax avoidance strategies.

The European United Left/Nordic Green Left MEP, Fabio De Masi — Vice-President of the Committee of Inquiry into Money Laundering, Tax Avoidance and Tax Evasion (PANA) — said: "Juncker should make a new year's resolution for the sake of Europe: he must step down."

​"Juncker is part of the problem and not the solution. It's absurd that millions of Europeans who have suffered from austerity policies that created social division now have the godfather of tax dumping presiding over the EU commission," the German MEP said.

"Member states lose hundreds of billions each year in their budgets due to these tax deals. This money is needed for massive public investments."

"The Commission must free itself from the dark shadow of Mr. Juncker. It must help end tax competition instead of lowering real taxes for corporations through full transparency in the country-by-country reporting and a reform of the Common Consolidated Corporate Tax Base," De Masi said.

GUE/NGL will be calling for a plenary debate on the Juncker leaks and De Masi is pushing for the Commission President to be invited for questioning at the PANA committee.

Juncker Under Pressure to Resign as EU Splits Over Brexit Response