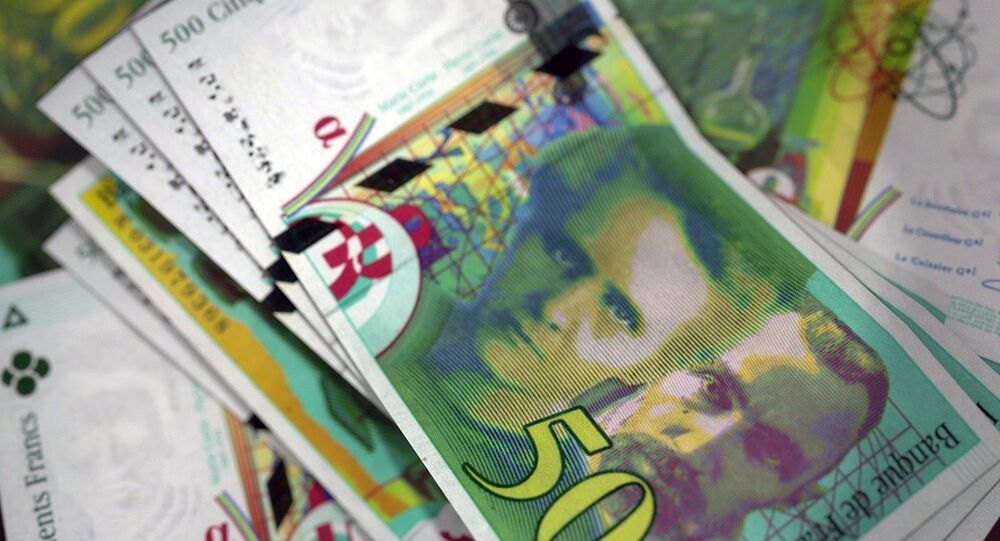 Presidential candidate Marine Le Pen said she considered a national currency as a cornerstone of sovereignty.

MOSCOW (Sputnik) — France should return to the franc, while retaining a common European currency in the form of a basket of European currencies, Marine Le Pen, the leader of French far-right party National Front and a presidential candidate in the upcoming April election, said.

The National Front leader said that this co-existence of national and common currencies had occurred already in the form of the European Currency Unit (ECU), the precursor to the euro, calculated as a weighted average of a number of European currencies.

© AP Photo
Europe's Suffocating Crisis and the Smuggled Migrant in a Suitcase
Le Pen also said that France had to take control of its borders, as, at the moment, it could only protect them efficiently at times of grave danger as opposed to the complete, definitive control.

The presidential candidate also said that she would like to reform immigration laws to avoid the situation where a significant percentage of people whose asylum applications had been refused remain in France. According to Le Pen, France was receiving a large number of applications from the Albanians, which it should not even consider.