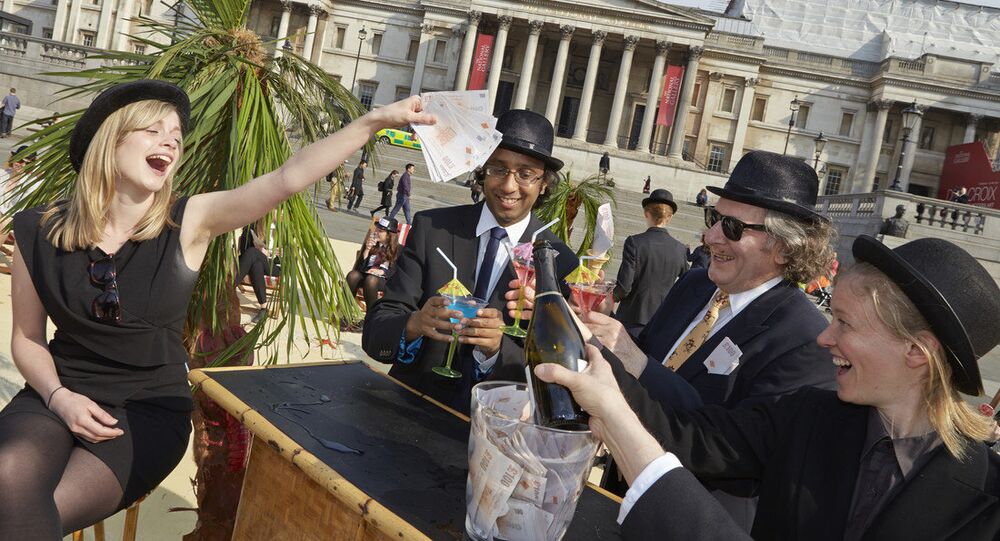 The British Government has been slammed for failing to publish its much-publicized Anti-Corruption Strategy by the end of 2016, further reinforcing the UK's reputation as "a safe haven for corrupt capital," according to campaigners.

Britain hosted a highly publicized Anti-Corruption Summit, May 2016 which was hailed as being part of the "global drive to expose, punish and drive out corruption" exposed by the Panama Papers and other investigations.

At the heart of the summit was an agreement to expose the beneficial ownership of properties and businesses in the UK and abroad — placing in the public domain who actually owned what under the secretive arrangements of offshore tax havens.

The UK's #AntiCorruption Strategy is now overdue BUT we hope the wait means a world class strategy is on the way! https://t.co/4WMzIjvt6o pic.twitter.com/YDOGY4r8Wy

​However, despite a promise from the British Government that it would publish an Anti-Corruption Strategy by the end of 2016, nothing has — so far — emerged. Campaign group Transparency International said this has done little to repudiate Britain's image of "inequality, injustice, vested interests and the lack of trust in politics."

The original summit promised to establish a "new public register of beneficial ownership information" which would include companies who already own property in the UK, not just those wishing to buy. Foreign companies own around 100,000 properties in England and Wales. Over 44,000 of these are in London.

"The new register for foreign companies will mean corrupt individuals and countries will no longer be able to move, launder and hide illicit funds through London's property market, and will not benefit from our public funds," the summit organizers said.

However, Transparency International UK said: "In May [2016], the government announced that the UK would publish its first-ever Anti-Corruption Strategy before the year end — a commitment renewed by the government of Theresa May.

"But times have changed.  When it was announced, corruption was a clear priority of the then prime minister, and the Strategy was a chance to show a long-term commitment to the UK putting its own house in order as a platform for leading a global debate on the subject. Then we had the Brexit referendum and the US election.

One of our highlight publications of the year "Paradise Lost" was an analysis of the UK’s role in global corruption: https://t.co/pF9geEiJkF pic.twitter.com/NouamdlyJm

​"The purpose of the Strategy has now changed. Corruption as an issue will not be spoken of as frequently as it was before, now there is a government dominated by Brexit," the group said.

The campaign group is calling on the UK Government to set out the its response to the concerns revealed by the referendum about "inequality, injustice, vested interests and the lack of trust in politics" and address the image of "the UK as a safe haven for corrupt capital."