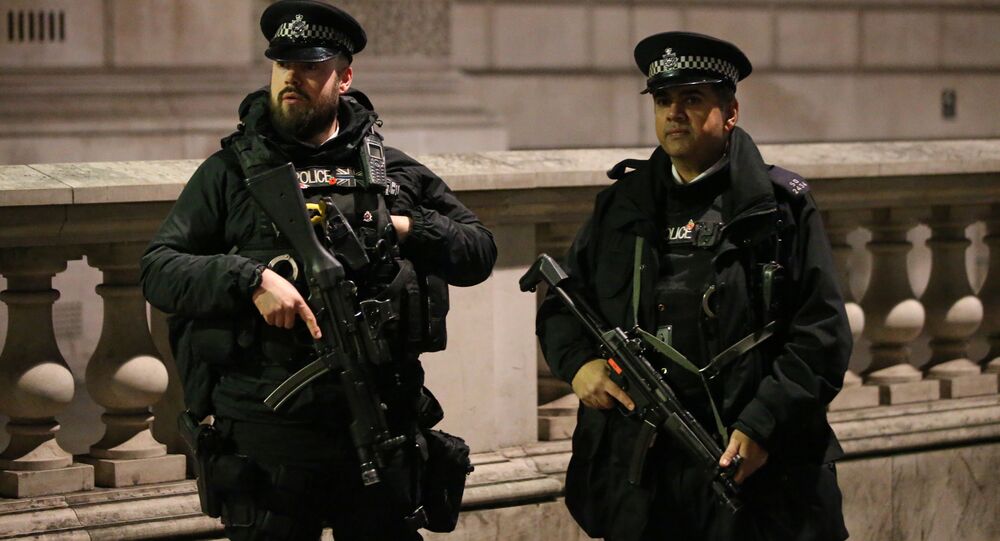 With a growing number of foreign nationals traveling to Syria and Iraq to join Daesh, UK security minister Ben Wallace, has claimed that the terror group (also known as ISIL/IS) are keen to launch a "mass-casualty attack" on targets in Britain, as well as overseas.

Mr. Wallace's comments come shortly after Daesh claimed responsibility for the attack in Istanbul, Turkey, where 39 people were killed when a man opened fire in a nightclub on New Year's Eve. Ben Wallace said that the terrorists have "no moral" objection to using chemical weapons and will do so at any cost.

© Photo : Pixabay
After Istanbul, Europe Warned to Brace for Another Year of Terror

Figures from news agency Reuters estimate that around 800 Britons have traveled to Syria since the outbreak of the civil war to join Daesh. It is also thought that a further 150 were prevented from travelling to Syria in 2015 and the figure for 2016 will be around the same number, according to claims made by Mr. Wallace.

"The big concern is if Mosul collapses and all the other bases of Daesh collapse. We know there are a significant number of [Britons] fighting for IS in Syria. They will probably want to come home," Mr. Wallace said.

"There will also be those people who wanted to go out there but no longer can get there. Their frustration may boil over," the minister added.

Mr. Wallace used evidence found in Morocco as proof that Daesh had plans to carry out a chemical attack.

​"Moroccan authorities dismantled a cell involving chemical weapons. They recovered toxic chemical and biological substances and a large stock of fertilizer. The substances found could have been used to produce home-made explosives and could have been transformed into a deadly toxin," Mr. Wallace said.

Recent reports from government officials in the US have claimed that the terrorist organization are in fact losing ground, and it is because of this that they are hitting targets harder than ever.

At a meeting held in Washington, DC in 2016, US officials said the Daesh terrorist group had lost 56 percent of its territory in Iraq and 27 percent of its Syria holdings to local forces backed by the US-led coalition.

In addition to this, Britain's most senior commander in Iraq and Syria told politicians and diplomats that patience was needed in the battle to remove Daesh from Mosul.

Soldier walks past Xmas tree just put up in Mosul… Isis just kicked out, so a show of strength and determination will eventually shine pic.twitter.com/1cPDsrSvMy

​Maj-Gen Rupert Jones said that the attacks on Daesh had led to "an extraordinary amount of progress," but that the jihadist group was defending the city vigorously and that it was necessary for the Iraqi Security Forces (ISF) to demonstrate restraint.

Although UK officials have said there is no current plot by Daesh to unleash a chemical attack, the growing number of foreign nationals joining Daesh, coupled with the evidence obtained in Morocco and the fact the terror organization is losing ground, all prove an unhealthy mix.

The Organization for the Prohibition of Chemical Weapons (OPCW) has previously confirmed reports that Daesh had been using chemical weapons against Kurdish forces in northern Iraq throughout 2015.

These latest comments from Ben Wallace create growing concern around what the terror group may do next.